What is the Polaris Program? SpaceX Human Flights for Starship Coming Soon Under Collaborative Effort

The Polaris program is a new initiative launched online, and it aims to advance human spaceflights for future missions revolving around SpaceX’s Starship flights. The famed Stainless Steel spacecraft aims to bring humans to the Red Planet and other planets nearby, making life multi-planetary.

However, it needs to prove its capabilities and secure a license first, hence the collective effort.

What is the Polaris Program? Human Spaceflight for the Starship 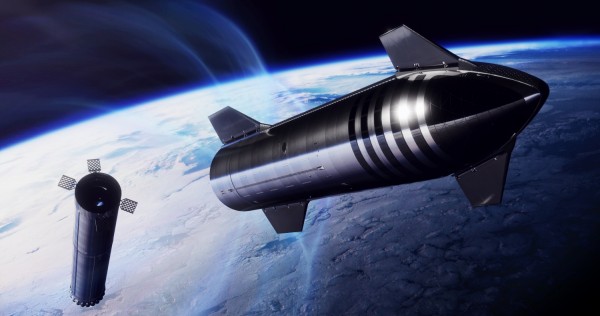 The Polaris Program launched online, and it announced its goals and efforts to establish a support system for SpaceX’s Starship’s mission to continue and achieve what it needs for human spaceflight. The collective action did not reveal where it came from or who started the project, but it shows a deep connection with SpaceX and the Starship.

The program said that it would help in generating funds for the advancement of the Stainless Steel spacecraft, ensuring that its ventures would continue.

Currently, the SpaceX Starship is awaiting its “go signal” from regulators and licensing agencies for its test flights via the full stack setup, having new maneuvers for landing to surface.

Read Also: SpaceX: Starlink Satellites Disintegrate Without Debris and Parts Falling Back to the Earth [WATCH]

The program will consist of up to three human spaceflight missions that will demonstrate new technologies, conduct extensive research, and ultimately culminate in the first flight of SpaceX’s Starship with humans on board. pic.twitter.com/69uidm4s7X

SpaceX Starship will get help from the Polaris Program to ensure three spaceflight missions that will demonstrate its capabilities to bring humans to another planet. The program will also help research the company to help it improve or change the necessary functions to transport humans to other worlds safely.

The program’s goal is to help SpaceX to its first human flight.

One of the ultimate goals of SpaceX is to bring humans to another planet. It can do that with its Starship mission that it aims to test in the coming months. Without getting its license for the assignment, it would not be able to bring the mission to its end goal, making it a bust for the company that spent billions for the task already.

Elon Musk believes that SpaceX is one of the answers to avoid human extinction that will soon come. That is because humans face the dilemma called “population collapse” as birth rates are lower than in the past, and the world is now looking at fewer young people and more of the elderly in public.

The answer to extinction is to bring humans to another planet and establish a new community or society that would continue the race.

SpaceX will eventually come there if it proves the Starship worthy of harboring humans aboard, going to the neighbor planet of Mars. However, it does not even have the license or approval it needs to continue its test flights now, especially as it is already moving forward to the full stack tests of its Mars-bound rockets.

Related Article: SpaceX to NOT Crash to the Moon in March-Falcon 9 Rocket Mistaken for Old Chinese Spacecraft