The Japanese railroad company, aptly named West Japan Rail, has designed a prototype VR-controlled robot to assist the firm in large-scale construction and assorted track repairs. The 32-foot-tall mammoth of a machine is much akin to the military mechas in the anime Gundam and even the Western 2013 film Pacific Rim, which are controlled through a sophisticated virtual reality setup that allows actual pilots to control the machine in everyday railway tasks.

West Japan Rail Company’s mecha is being built in tandem with the Nippon Signal Co. and the Human Machinery Co. to explore improved safety precautions and productivity regarding railway maintenance. The company expects the finalized version of its prototype robot to debut sometime in 2024 for official railway construction needs. 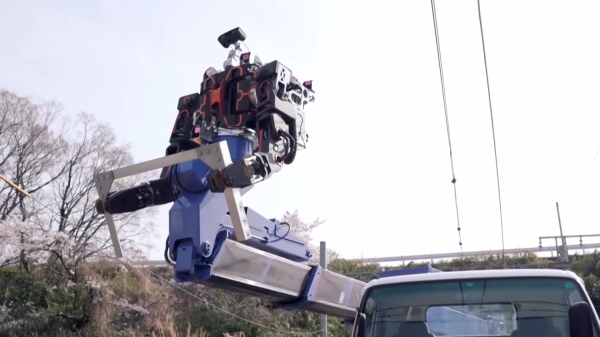 According to a West Atlas news release, the mecha “combines humanoid heavy equipment robots and railway construction vehicles,” witnessed in its integrated VR setup. In other words, the automaton isn’t autonomous, as a real-world human must still operate the machine for it to work properly.

Related Article: Joby Aviation Partners with Japan’s ANA to Launch Air Taxi Operations in Asian Country – When in the US?

Staff would be able to enter into a cockpit that’s attached to the machine, peering through the connected VR headset to see what the robot sees. Operators are also able to control the machine through their own movements, much like any VR game. It also uses some rather sophisticated feedback parameters that allow pilots to feel certain weight potentials of objects being held by the machine.

The robot is attached to both a crane arm and a railway car, which gives the machine a ton of versatility on everyday rail amendments. It also offers a more stable and safe approach to the rather dangerous task of fixing railroad racks, electrical wires, and lifting immensely heavy objects, as pilots are protected in the machine’s cockpit at a safe enough distance away from its maintenance needs. 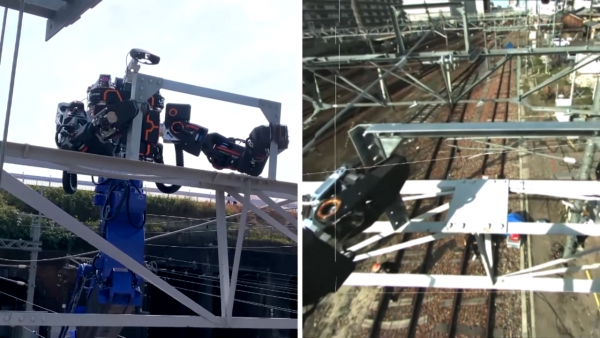 West Japan Rail clarified even more details about the concept of mecha in a press release, which explains how the robot functions and how pilots utilize its intuitive control schemes. The document also lists some of the major advantages of using such a device, listing its versatility, work safety, and overall intuitiveness as primary drivers for the prototype’s advancement.

As mentioned previously, the company expects to have the mecha completed for its full debut by 2024. Various tests and beta trials have already been underway, most recently in April. Additionally, West Japan Rail sees the machine as a potential opportunity to bridge the technology into other realms, as it considers “practical use and sales” concepts following its official launch.