WATCH the Recent Solar Eclipse Captured by a Satellite, Shows an Intricate Process from GOES-16

A solar eclipse manifested itself over the weekend, but do not worry if you did not catch the actual show on the skies, as it is available online courtesy of the GOES-16 satellite. The video shows an intricate process of how the Sun gets a shadow from the natural satellite, despite the space rock being significantly smaller compared to the brightest star in the galaxy. 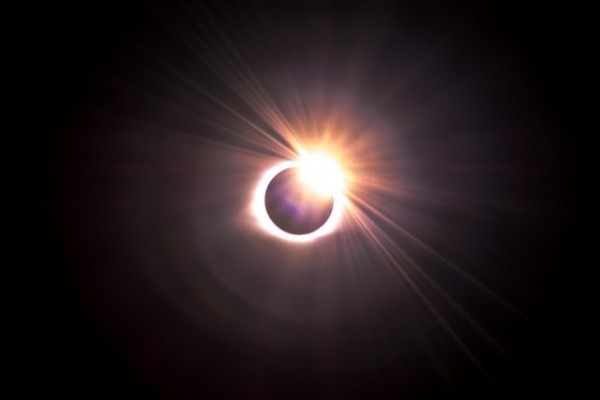 The latest solar eclipse happened last weekend, and the partial solar eclipse showed itself in selected parts of the world only. The eclipse was visible in South America and Antarctica only. Its limited view made the rest of the world miss the show, especially as it baffles and amazes many people in the way it presents itself and syncs up with the other space rocks.

The eclipse happened last Saturday, April 30, and despite the sky phenomenon already ending its show from above, people will not miss out on it. A Twitter user that receives feeds from the GOES-16 satellite decided to showcase the recent partial solar eclipse for the public to watch online for free.

The first video posted is lying at the Fe195 wavelength, and it shows a version of the solar eclipse.

On the other hand, the user also brought the He303 wavelength show for the public to see.

NOAA’s GOES-16 Satellite and its Features

GOES-16 comes from the National Oceanic and Atmospheric Administration, a project by the agency to bring many satellites and other space objects to monitor different happenings in space and the planet. The satellite system and its many devices get several functions that share its findings with the public and those that require its data.

Satellites are the known space objects that lock themselves in a significant space rock’s orbit, with some staying near the planet only, programmed to remain at the low-Earth orbit (LEO). Some satellites bring regular functions, and some are monitors to external happenings in space, with deep tracking capabilities like the Hubble, James Webb Space, and more that have satellite capabilities.

However, some satellites monitor the planet’s environment and its wildlife.

NOAA brought its series of GOES satellites to orbit, and it has different functions, giving more to the public than what they expect from it. Moreover, it also has regular updates and changes to the satellite, and several launches bring the device to orbit.

It fulfills its mission by providing intel and information for everyone with stakes in it.

The recent offer by GOES-16 is the unique view of the solar eclipse, and it is something that the public will have many things to consider and discover for the eclipses that happen in space. The view of the recent eclipse shows an in-depth look at the Sun, Moon, and Earth’s behavior every time these space objects line up and overlap each other.