An exoplanet called “WASP-121b” is NASA Hubble’s recent discovery that saw how it drizzled the liquid form of gems that will fall and turn into uncut treasures from the sky. The rain brings on the uncut gems in this planet while producing an extremely hot temperature, as much as 4,600 degrees Fahrenheit, on its treasure storm. 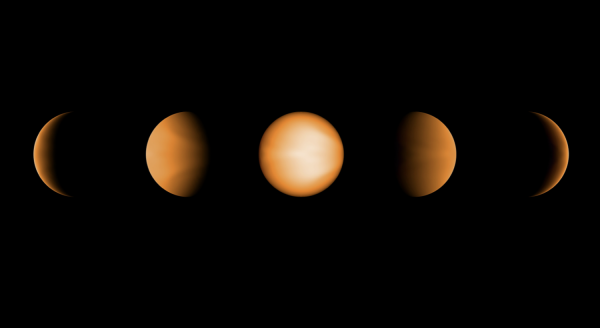 The researchers of WASP-121b recently published their article entitled “Diurnal variations in the stratosphere of the ultrahot giant exoplanet WASP-121b,” bringing new information on the exoplanet. WASP-121b gives off a different kind of vibe for exoplanets as it brings on rain of extremely hot liquid gems that turn out to be uncut objects.

Researchers highlighted the “stratosphere” found in the heavy metal exoplanet, with the researchers saying that it resembles that of the gas giant Jupiter, only that it is “ultrahot.” The exoplanet was first discovered by researchers back in 2015, and after an extensive study and observation of the exoplanet, the scientists were able to bring more information about it.

Read Also: NASA NOAA GOES-T Launching Soon in March: Why Is it Relevant-How to Watch?

The exoplanet rotates around its massive neighbor star called “WASP-121” in 1.3 days, and it is problematic for one side of the planet that remains stagnant in receiving the extreme temperatures. There might be a time when it will crumble or get torn apart by the very star it is side by side within the region.

The permanent light side is dangerous to one side, while the other remains “unbothered.”

NASA’s Exoplanets and Their Discovery

NASA’s TESS or the Transiting Exoplanet Survey Satellite brought evidence about how much help the biggest star in our system is, especially as others are destructive and do not provide support. The Sun brings massive assistance to people’s daily life, and it gives a chance for people to experience night and day with the Moon.

That is not something that WASP-121b will experience in its lifetime, especially as it completes a rotation around its star in 1.3 days-without ever having a chance to give its opposite side to share the light as it locked itself to that position that will lead to its demise.

Exoplanets are mesmerizing to researchers and astronomers because they mirror the different planets in our system and have more bizarre features or offers in them. One example is the “Super Neptune” that has water vapor detected in its skies, giving it the same vibes as the one found in the Solar System.

Despite being alike, both planets are different; and the same goes for the WASP-121b found to be the same size as Jupiter.

NASA’s Hubble is one of the essential tools that helped discover exoplanets, and it continues to do so for researchers that aim to find more of the outer space with odd characteristics.