US Homeland Security is Testing Quadrupedal Robots on the Southern Border 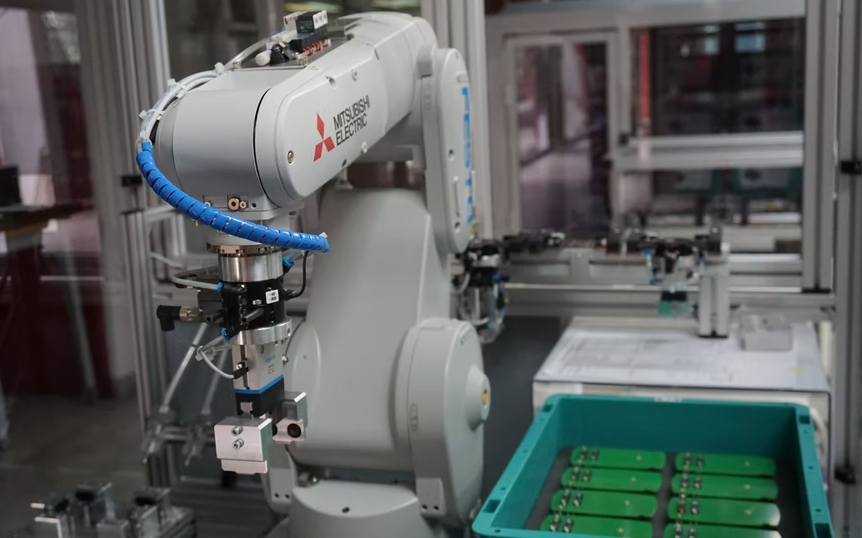 The United States Department of Homeland Security revealed this week that it is currently working with its Science and Technology Directorate to explore the use of quadrupedal dog robots on the country’s southern border.

US Government’s Use of Robots

The department is deploying these robots to patrol stretches that might be difficult for human agents to patrol.

The DHS’ Brenda Long said that the southern border could be an inhospitable place for agents, which is why they believe a machine is needed as a substitute.

Long added that the Science and Technology Directorate-led initiative focuses on Automated Ground Surveillance Vehicles, also called AGSV. The AGSV program is all about robot dogs, according to The Verge.

The program has teamed up with Ghost Robots, which is a firm based in Philadelphia. The firm made headlines when one of its robots was seen sporting a remote-controlled sniper rifle called SWORD Defense Systems Special Purpose Unmanned Rifle or SPUR at a trade show.

It is a line that the best-known quadrupedal robots firm, Boston Dynamics, has not been willing to cross, despite earlier conversations with DARPA.

The stated use for these robots on the southern border is patrolling. The systems can wander autonomously or be controlled remotely, sending live video feeds to operators.

There is no indication here that these robots would be equipped with any weapons systems, of course, despite that being the thing that put the company on a lot of people’s radar.

Ghost stated that it proudly partners with the US government and takes a largely agnostic approach to things just like payload.

Ghost CEO Jiren Parikh told TechCrunch’s Brian Heater last year that they do not make the payloads. He added that they are not going to promote and advertise any of the weapon systems.

Parikh also said that even though they are selling to the military, they don’t know what the military does with them. Ghost does not want to dictate to the US government how to use the robots.

Parikh said they draw the line on where they are sold and only sell to the US government and allied governments.

The DHS cites several reasons for their interest in the technology, aside from the inhospitable nature of the southern border, according to PCMag.

US Customers and Border Protection Agent Brett Becker said that just like anywhere else, there is standard criminal behavior, but along the border, there is drug smuggling, human smuggling, and smuggling of contrabands.

Becker added that anyone from one person could conduct these activities, all the way up to organizations, terrorists, hostile governments, and everything in between.

Deployment of the Robots

The DHS has not revealed when they will deploy the robots on the southern border. However, the team deployed testing robots equipped with night vision, and they are being put to work in outdoor spaces and scenarios designed to mimic residential buildings.

Long said that technology is semi-autonomous drones and robot dogs are no different. Given the history of the United States government’s use of drones, it might not be the ideal connection for the DHS to draw in singing the praises of putting robot dogs to work on the border.

In 2019, Virginia Tech revealed that they are using an algorithm to train robot dogs to walk like real dogs.

In 2020, Boston Dynamics deployed robot dogs in the streets of Singapore to remind people of social distance.