Uber will be featuring Tesla and Polestar vehicles as they launch a new product called “Comfort Electric,” which aims to have people ride in electric and eco-friendly vehicles as a part of the ride-sharing company’s clean-energy push. 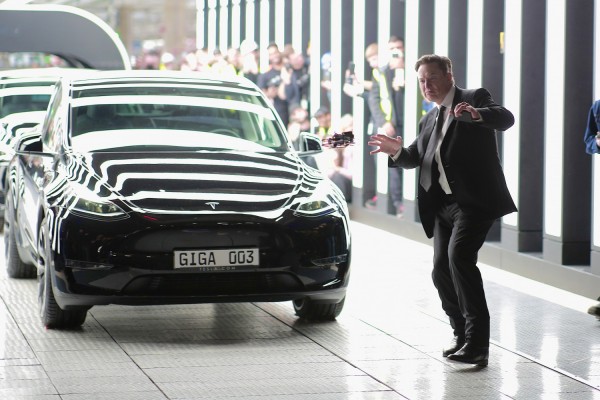 Uber has been making strides for the last few years to make electric vehicles (EV) a significant component of its fleet. In fact, in 2020, the company launched an $800 million investment for its electrification efforts. Uber said that they were planning to make their vehicles all-electric by the year 2040.

New @Uber option starting today in Los Angeles, San Diego and S.F.: Comfort Electric. Get a ride in an EV including Teslas and Polestars. pic.twitter.com/D1qcTp8CwO

“As part of Uber’s global commitment to becoming a zero-emissions mobility platform by 2040, we’re continuing to take steps to help you go electric,” the company wrote in their news release.

Ever since the investment announcement, Uber has been pushing forward for more electrification, such as when the company had a partnership with Arrival to design an EV that will be perfect for ride-share drivers. However, electrek noted that these vehicles might take time before they become available in the market.

But for the short-term run, Uber ordered more than 50,000 Tesla vehicles to make it available to drivers via a partnership with car rental company Hertz by next year. Uber made a similar deal on Polestar vehicles but it will be for a long-term plan.

Since several of these electric vehicles are starting to be deployed, Uber decided to fully launch the Comfort Electric product for riders where they can “specifically request” their newest way of driving around town and become a part of the climate solution.

“It’s as simple as tap a button and request a ride in a premium EV like a Tesla or Polestar. Comfort Electric is now available in Los Angeles, San Francisco, San Diego, and Dubai, with more cities to come soon,” the company said.

According to Uber, it is at the core of their goal to help earners opt for electric means. They aim to become one of the “cleanest mobility platforms” available in the world. Hence, they also built an EV Hub in the Uber Driver app, which serves a one-stop shop to get any information and incentives to take part in their so-called “electric revolution.”

This app will also enable them to differentiate the cost of ownership of an EV with a non-Ev.

The ride-sharing app will be adding more features to give incentives to drivers who will switch to electric vehicles, which includes an EV cost calculator and a map that displays where EV chargers are found in nearby areas.

“We want to make charging easier for drivers. So we’re adding a Charging Map directly to the Driver app to show them where the nearest EV chargers are located, what the charging speeds are, and navigation to get there,” Uber added.

Related Article: Apple CarPlay Can Be Hacked Into a Tesla with an Android – How Does It Work?