Top Hypersonic Commercial Aircraft Developers 2022; Will It Really Be Possible?

Hypersonic commercial aircraft is still being developed. Although there were some supersonic passenger airplanes, their routes were quite limited. 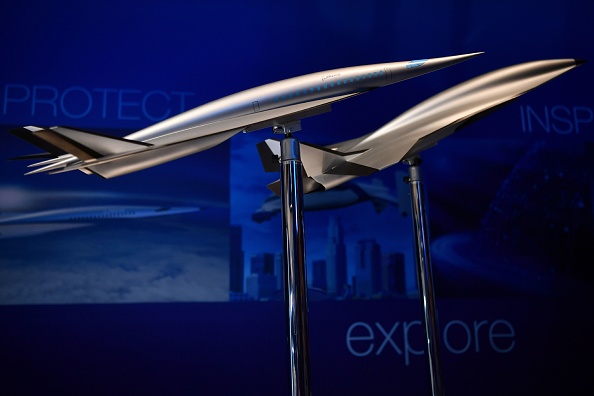 (Photo : Photo credit should read BEN STANSALL/AFP via Getty Images)
Models of a Boeing Hypersonic passenger concept plane are displayed during the Farnborough Airshow, south west of London, on July 17, 2018.

On the other hand, since hypersonic (more than Mach 5) is faster compared to supersonic (around Mach 1), commercial planes still can’t achieve it.

Now, some tech companies are making efforts to create their own airplanes that can achieve the speed of Mach 5.

Here are the top tech startups that are working on hypersonic commercial aircraft.

CNET’s official YouTube channel provided the top three startups that are working on their own hypersonic commercial aircraft.

Their airplanes are expected to carry passengers at more than 4,000 miles per hour, which is faster than Mach 5. Here are the tech companies developing ultra-fast passenger aircraft: 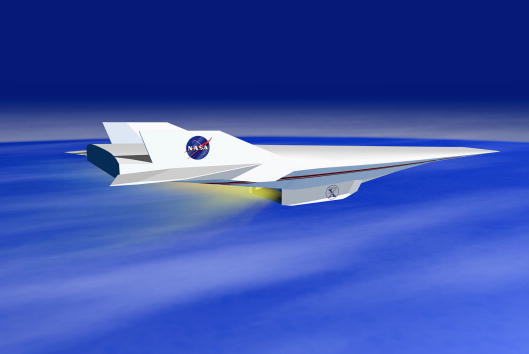 (Photo : Photo Courtesy of NASA/Newsmakers)
An artist’s conception of NASA’s X-43A Hypersonic Experimental Vehicle, or “Hyper-X” in flight, in an undated photo. The vehicle, developed to flight test a dual-mode “ramjet/scramjet” propulsion system at speeds from Mach 7 up to Mach 10, will be displayed at a news conference April 18, 2001 at Edwards Air Force Base, CA.

Although Venus Aerospace hasn’t revealed much about its own hypersonic commercial aircraft, its catchphrase “Home by Dinner” already provides what they are aiming for.

This means that it wants to create an airplane that can bring passengers before across the globe before nightfall. On the other hand, some rumors claim that Venus Aerospace is planning to develop a zero-emission hypersonic airplane.

Hermeus announced in February that it was able to close $100 million funding for its hypersonic commercial plane development. In 2021, the company was also able to unveil its first prototype.

This China-based company is quite different from Venus Aerospace since it is open when it comes to its hypersonic airplane.

Recently, Space Transportation unveiled a video to show its ultra-fast commercial plane, which looks like a combination of a rocket and an airplane. It offers 12 seats and two giant rockets below its two wings.

Why Hypersonic Aircraft is Difficult To Build

Since achieving hypersonic speed for commercial airplanes is quite complicated, there are still some issues that need to be addressed by the top three startups mentioned above.

Although there are already studies and experiments for hypersonic aircraft models, many problems are still present. These include the lack of an efficient engine that can maintain the Mach 5 speed.

On the other hand, an airplane also needs to be built using very strong material that can withstand the force once it goes more than 4,000 miles per hour.

If you want to see more details about the challenges of hypersonic airplanes, you can view the YouTube video below.

For more news updates about airplanes, missiles, and other related techs, always keep your tabs open here at TechTimes.

Related Article: Rolls-Royce Electric Airplane Flies for the First Time | The Goal is to Beat 300 Mph