Ahead of Chinese New Year, China released a new video that shows Tianwen-1 Mars Orbiter flying around the Martian lands.

The country’s National Space Administration unveiled this selfie clip as part of the celebration for the Year of the Tiger. 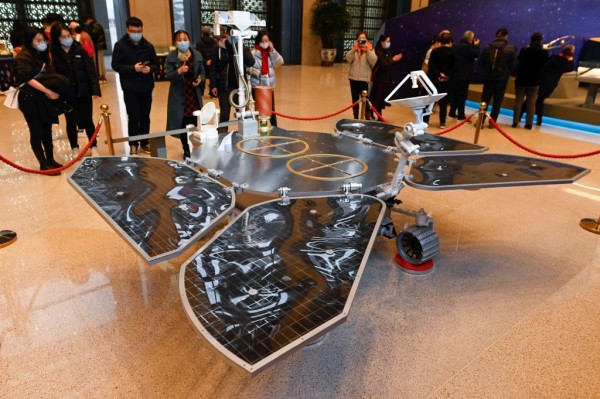 According to a report by Ars Technica, the visual highlights of the video involved the space probe’s fuel tanks, solar panels, and main engine. The fact that it was roaming on a foreign planet was not a new task for this machine.

China’s Mars probe Tianwen-1 extended festival greetings to the Chinese people with stunning video footage captured by a camera on its orbiter to snap selfies above the red planet on Monday, the eve of the Chinese Lunar New Year https://t.co/6lCYTk7zEf pic.twitter.com/GfSe3tBZEJ

China first sent it to space in July 2020. In February 2021, it successfully entered Mars orbit. The space program recognized the said spacecraft in a special feat. It was the first vehicle that reached the planet’s orbit for the first time.

The accomplishment of China put it on the prestigious list of countries that managed to touch down on the red planet using a space robot. To add, Tianwen-1 was not an ordinary invention, to begin with. It came with a rover-lander bundle that touched the Martian soil last May 2021.

In the next five years, China will integrate space science, technology, and applications while pursuing the new development philosophy, building a new development model, and meeting the requirements for high-quality development,” the white paper of the Chinese space program reads.

The Verge reported in another story that China was known for being “fairly opaque” about its space missions. The country only publicized minor information about its flights in space.

The recent selfie video that showed Tianwen-1’s activity was not the first clip to be released for the public. Last month, the team captured images of the Martian terrain through the vehicle.

Furthermore, the Mars Orbiter also snapped photos of itself in the same region through a camera attached to another vehicle. The said vehicle was protected by a shell-like feature.

In another report by Tech Times, the Tianwen-1 spacecraft landed on Utopia Planitia of the Red planet. Upon unloading the Zhurong rover, it faced the dreaded “seven minutes of terror” which the NASA Perseverance managed to survive.

However, it turned out that the Chinese vehicle did not only endure the seven minutes of its battle. Instead, it was recorded to be nine minutes in duration.

The said term was used by NASA to describe a specific point in time wherein a space robot could have difficulties in receiving the radio signals.

Interestingly, several pictures involve other Martian robots. Aside from China, NASA has been taking pictures of the Red Planet using the Perseverance and Curiosity rovers.

The international space agency discovered the ever-changing landscape in Earth’s neighboring planet. When NASA sent its Insight lander to survey the “iron” region, it also deployed two satellites. One of them was used to take a selfie of the huge Martian background.