The Sun’s New Photo is Unlike Anything Seen Before, ESA uses its EUI for the Stunning Image 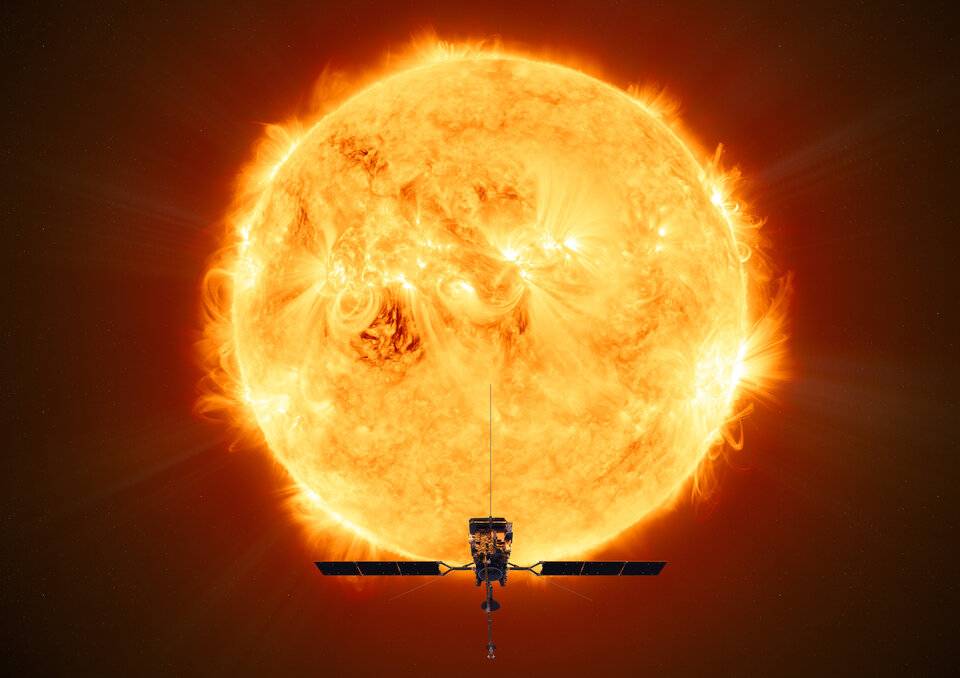 The Sun has a new photo from the European Space Agency, and it features a different look at the Solar System’s star, focusing on a new technology that the company used for its imaging. The Sun’s new image is unlike anything seen before, particularly as the EUI device captured a mosaic of 25 images that packed in massive pixels in the photo for the star.

The ESA released a new image of the Sun, and it shows a massive development to the current appearance of the massive star in the Solar System. The company said that it used its Solar Orbiter to take the photo and its Extreme Ultraviolet Imager that is included in the spacecraft near the Sun.

The image is a mosaic of 25 shots that captured the entirety of the Solar object in the sky. The Solar Orbiter captured 83 million pixels that pack itself into the star’s image and show the public its current state, giving off a stunning look into everything about the cosmic object that provides heat and more for the planets around it.

What is with the Sun? The New Image is Different

The image was taken 75 million kilometers from the Sun, and it is the halfway point of the planet to the massive star in the entire system. The new image shows different new looks on the Sun’s outer atmosphere, and it offers a lot to the public regarding the state it is in.

The technology took into account the spatial resolution of the star, mainly as it took its time of more than four hours to capture the 25 images of mosaic to get its entirety.

The Sun and the Solar System

The Solar System’s most recognizable object is the Sun and its relevance to the different planets neighboring the region, drawing them into its orbit and keeping them in place. There are many studies on the Sun now, and one of them is NASA’s monitoring of its activity that releases Solar flare that may affect astronauts and even humans on Earth.

Other planets that are not a part of the regular lineup for the Milky Way’s Solar system also provide a massive ground for studies for how it affects them in the current environment. One exoplanet that survived the star’s death gives the researchers an enormous basis to know the many effects on the planet in hopes of discovering more for the home planet.

The Sun may take on many forms and looks via the imaging that NASA, ESA, or other space agencies provide, but one thing is absolute, and it is its existence in this universe. Its new image offers an in-depth look at how the Sun is seen in outer space, apart from being the latest image of the star that provided an update for everyone.