Tesla Mines Bitcoin with Clean Energy, UK Analyst Believes It is the Only Solution

Tesla is now using clean energy via its Giga Texas plant for its Bitcoin mining ventures, with the company focusing on solar power technology and batteries for its cryptocurrency process. An analyst in the United Kingdom thinks that this is the only option and solution for all miners in the future, especially if they want to continue the Bitcoin mining process. 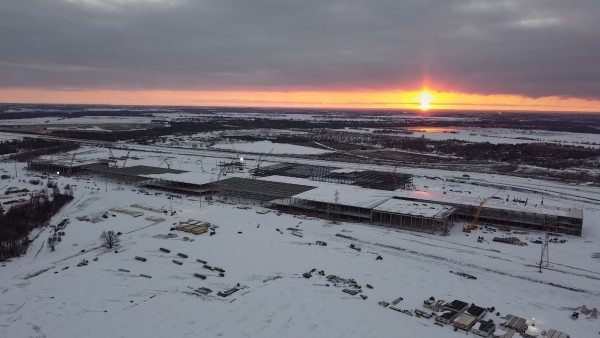 The recent Tesla Texas Rodeo concluded the launch party of the new Gigafactory in Austin. Still, it also announced the world’s fully clean energy Bitcoin mining center using solar power and batteries. It is now a massive venture for the company, and it came a year later when Tesla first denounced Bitcoin for its mining process that uses coal.

It is a new beginning for Tesla, primarily as it advocates for a clean environment that will use solutions to avoid pollution and further destruction of the domain. Its move with the Gigafactory Texas as a clean energy Bitcoin mining center will present itself as a framework for other companies that look into the same process.

UK Analyst Believes Tesla’s Move is the Only Solution

According to the Independent’s interview with Marcus Sotiriou, a digital asset broker from UK’s GlobalBlock, Tesla’s Giga Texas gave the world its only solution for Bitcoin mining. It is the only good move in the future of the cryptocurrency’s process, especially as the world needs to focus on clean energy.

Tesla made it possible with Giga Texas, and it is an inspiration to others for all their Bitcoin needs.

Tesla, Bitcoin, and the World

Many denounce Bitcoin, particularly of its mining process that takes massive power from the grids, being one of the most energy-consuming processes in the world. Tesla initially stopped its Bitcoin transactions to effectively reduce its mining process, mainly as it takes a massive toll on the world’s electric supply.

Bitcoin mining uses traditional power sources like the coal mining process to produce the energy needed by the workers to continue their tasks to mine the digital coins. Musk said that he would only resume Bitcoin transactions if its mining adapts 50 percent clean energy, which several companies and organizations looked into for their process.

Fast forward to a year later, Musk and Tesla are mining for Bitcoin in its Giga Texas plant with clean energy sources.

Tesla first cut off Bitcoin due to its massive energy consumption and its environmental effects that harm the environment but is now looking into mining that the company owns. Clean energy is the only solution to continue mining Bitcoin and other cryptocurrencies, which is an excellent process at the current time.

This is especially now that the world is seeing a massive change in the energy landscape and efforts to alternative and clean power are underway.

Related Article: Riot Blockchain to Close Bitcoin-Mining Operation in Texas to Save Electricity For Winter Storm