A rare “super blood” moon sighting is about to take place a few days from now. This occasional lunar event will bring not only a huge moon but also a blood moon during a lunar eclipse.

If you want to watch it soon, you need to know.

What Exactly is the Blood Moon? 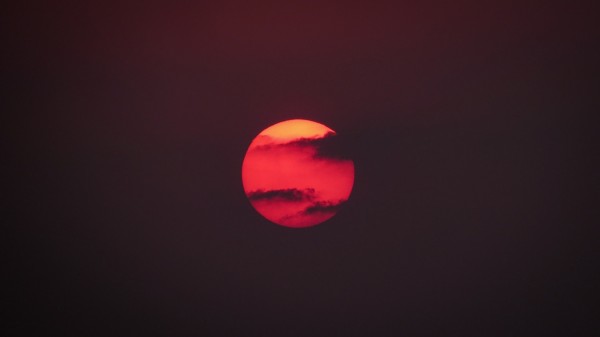 (Photo : Anand Rathod from Unsplash)
Here’s how you can watch the upcoming “super blood moon” a few days from now.

In a report by NASA, the blood moon appears when there is a total lunar eclipse. As its name suggests, it has a reddish glow that sets it apart from other moons.

The total lunar eclipse occurs when the moon hides from sunlight upon passing Earth between it and the sun. At this point, it will give a faint glow that shines on the moon’s surface.

There are instances that it will give off shades such as brown, orange, or yellow. The international space agency says that the only light that hits the surface comes from the Earth’s atmosphere’s edges.

“The air molecules from Earth’s atmosphere scatter out most of the blue light. The remaining light reflects onto the moon’s surface with a red glow, making the moon appear red in the night sky,” NASA notes.

Interestingly, the size of the upcoming moon is not any other moon. CBS News reports that it’s also the first supermoon which is a blood moon at the same time.

Others called it a flower moon which signifies the abundant flowers in the Northern Hemisphere. It could also be attributed to the famous full moon in May.

Related Article: ‘Snow Moon’ Might Affect Your Sleeping Patterns and Cause Sleep Deprivation, According to Experts

How to Watch the ‘Super blood Moon’

You wouldn’t want to miss this once-in-a-lifetime opportunity to view this huge moon. ITV writes that the upcoming “super blood” moon is expected to happen on Sunday, May 15.

According to the news outlet, the scientific phenomenon will take place for more than five hours. However, you should be alarmed about its color. The report says that you can only see it for just 75 minutes.

More importantly, people who are residing in the following areas will be able to see it:

If you’re currently residing in some parts of Europe and Britain, the expected arrival of the partial eclipse will be on Sunday, May 15 at 2:28 AM.

There are times that you cannot see it because of a limited time. With that being said, you can switch to the best alternative: NASA live stream.

ITV reports that you can actually watch the live stream of the event thanks to NASA’s page here. Kindly check this link to proceed.

Regularly read more about NASA’s updates so you won’t be left behind by these updates.