Subsea cables can actually detect Earthquakes based on a new study conducted by U.K. experts. But, how do these communication cables know if there will be seismic activities? 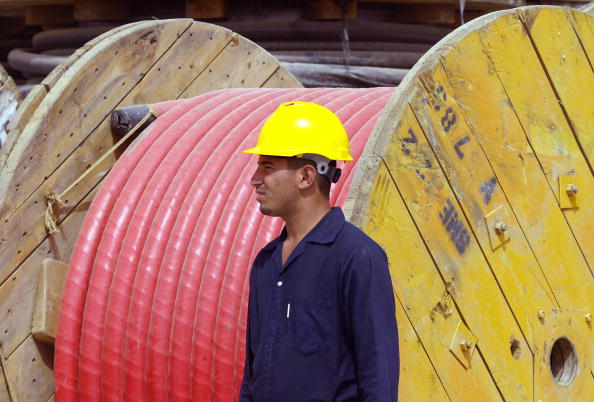 (Photo : Photo credit should read SABAH ARAR/AFP via Getty Images)
An Iraqi worker from the ministry of electricity in charge of the Rasafa area of Baghdad, the north side of the Tigris River, stands near to cabling as the laying of pylons takes place in the poor mainly Shiite Muslim neighborhood of Sadr City in Baghdad 24 May 2005. The street lighting in this district of some two million inhabitants.

For the past few years, scientists have been devising different methods to detect upcoming earthquakes effectively.

Since identifying the activities of the Earth’s crust is complicated, most of their techs are not that efficient.

Now, another Earthquake-detecting innovation has been discovered by some experts in the United Kingdom.

Their new study titled “Optical interferometry-based array of seafloor environmental sensors using a transoceanic submarine cable” explained how subsea cables could do this.

According to PC Mag‘s latest report, involved researchers claim that they found a way to make subsea cables into seafloor sensors that can efficiently detect Earthquakes. 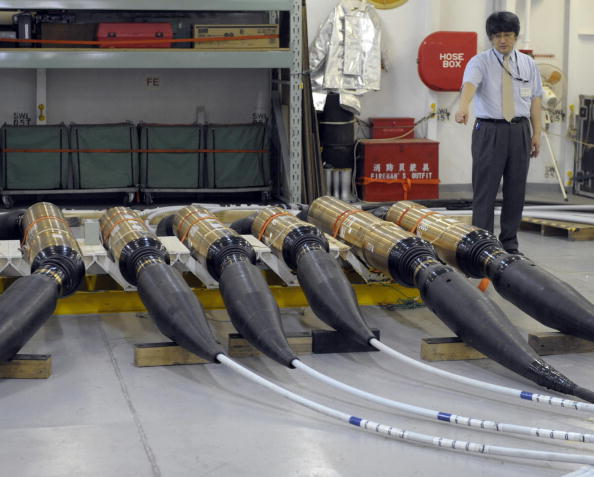 (Photo : Photo credit should read TOSHIFUMI KITAMURA/AFP via Getty Images)
An office of the Japan Meteorological Agency displays submarine earthquake and tsunami sensors on the submarine cable construction ship, “Subaru” at the Yokohama port on July 3, 2008. Subaru departs for the Pacific Ocean off the Shizuoka prefecture to place 220-kilometre-long submarine earthquake observation system.

Also Read: Australia Climate Change Google Searches Increase by 5000%! What Does It Mean?

Thanks to this, they could make underwater cables as seafloor sensors. However, their innovation is still not yet 100%.

The U.K.-based researchers said that the seafloor sensors could only detect seismic activities that affect the entire length of the cable.

Why Seafloor Sensors are Better

As of writing, most Earthquake-detecting technologies are designed to work on the land. This means that they can only cover the Earth’s surface above sea level activities.

Now, experts say that the planet is around 70% water. This means that Earth’s lands are mostly underwater. Because of this, existing the capabilities of existing seismic activity-detecting techs are limited.

If seafloor sensors become a thing, there’s a high chance that Earthquakes can be detected quicker and more efficiently.

On the other hand, a previous study claimed that e-waste recycling should be intensified across the globe.

Meanwhile, 200-nanometer nanorobots are expected to remove microscopic pollutants in the water.

For more news updates about Earthquake-detecting tech and other similar innovations, always keep your tabs open here at TechTimes.