Starlink Internet: Ukraine Engineer Said it Took Less Than 10 Seconds to Get a Signal from Satellites

Starlink’s internet capabilities and connections are now available in Ukraine, and an engineer said that it only took him around ten seconds to get a signal from its satellites.

Elon Musk previously announced that it would extend its availability of the Starlink internet to the European country, making it possible for people to connect to high-speed internet. 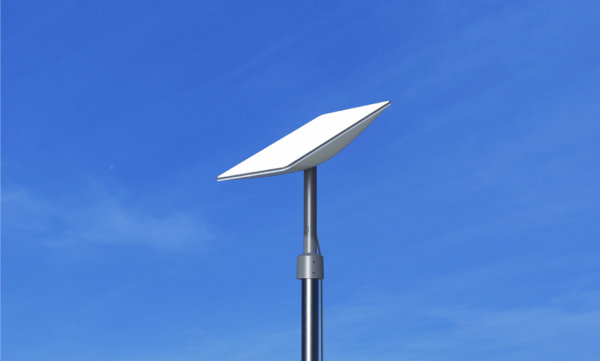 An engineer named Oleg Kutkov from Ukraine said that Starlink’s internet satellite connected to its partners from the skies around 10 seconds after he installed the dishes. According to an interview by The Verge, after Elon Musk’s announcement, Ukraine got its fair share of orbiting satellites to bring to the country the service it needs for connections.

Before the CEO’s announcement in the past week, Ukraine did not have access to Starlink satellite connections despite purchasing the dish receivers off eBay.

It has been noted that unofficial eBay purchases of the satellite dish cost the engineer around $2,000 to $3,000 as it was not yet available in the country until last week.

Read Also: SpaceX: Starlink Satellites Disintegrate Without Debris and Parts Falling Back to the Earth [WATCH]

Musk and Starlink made sure that they were able to hand out assistance to Ukraine by giving the country access to a fast internet connection. However, it is not yet widely available as the satellite dishes needed to receive the signal from the skies are not yet in the country.

Those fortunate to purchase the satellites from the US via eBay can now use them, but others would have to wait for their official arrival.

Starlink is a massive platform in the country now, but it aims to reach for the stars, figuratively, as it seeks to provide service to the whole world. The 700 satellites that are now live and service the United States and other regions will soon have a massive 42,000 fleet that will give users a fast internet connection from anywhere.

However, the National Aeronautics and Space Administration or NASA, is already complaining about the crowded low-Earth orbit that has 30,000 satellites that causes concerns over other LEO spacecraft. Starlink’s primary purpose is to beam the internet back to the surface with its services from the LEO satellites. Still, it already gives astronomers a dilemma over its connections.

Nevertheless, Starlink aims to help countries with slow connections to the worldwide web have access to its services. An example of such a country is Ukraine.

It is known that Ukraine is now facing hardships as the tensions it has with its Russian neighbors have affected the citizens’ daily life. Because of this, Musk and the Starlink team are aiming to help send over satellites to beam the connection to the country as fast as possible.