SpaceX to Release 53 Starlink Satellites on May 13

The SpaceX teams will be releasing a pair of Falcon 9 rockets before the weekend. Each of them is said to carry 53 Starlink internet satellites that will be sent to space on Friday (May 13) and Saturday (May 14).

The launch of the spacecraft will be in line with the 19th and 20th missions of the company in 2022. Since January, SpaceX has been consistent in sending at least one satellite per week. 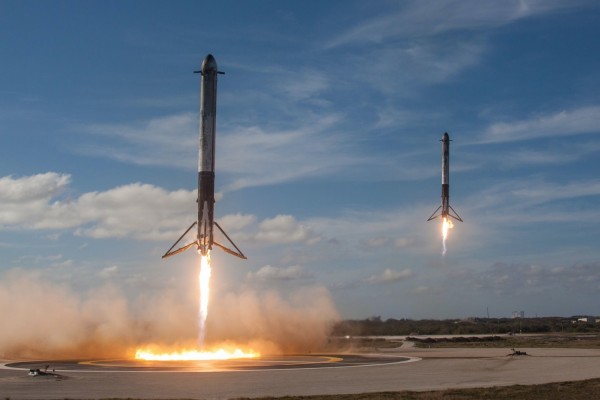 According to a report by Space.com, SpaceX is now planning to launch the two Falcon 9 rockets from California, particularly in Vandenberg Space Force Space.

The schedule for this event will be on Friday at around 6:07 PM EDT. The other mission will commence from Cape Canaveral. The rocket will lift off on Saturday at 4:33 PM EDT.

Despite the arrangement, the schedule might be disrupted by uncertain weather. There’s still a silver lining, however, since there is a 40% chance that the condition will be favorable for the team.

Speaking of the mission, the B1063 booster will be detached from the rocket. If this goes smoothly, then the first stage will return to the planet before hitting the “Of Course I Still Love You” drone ship. The booster will be recycled for the next mission.

The Falcon 9 will lift off and after over 60 minutes, the upper stage will now send 53 Starlink satellites into orbit.

Meanwhile, the Saturday flight at Cape Canaveral will involve Starlink 4-15. According to Space Flight Now, the destination of this rocket will be the northeast part of the Space Coast.

Related Article: Starlink Successfully Got Irpin, Ukraine Back Online; How Did They Do That?

How Many Starlink Internet Satellites at the Moment

Per astrophysicist Jonathan McDowell, the Starlink satellites that are orbiting at the moment have exceeded 2,000. SpaceX intends to send about 4,400 satellites to form its first-gen network.

It should be noted that SpaceX offers an ultra-fast speed internet connection that is not similar to the typical internet service. As of writing, the space firm says that its Starlink network has extended to 32 nations worldwide.

“I think what’s neat here at SpaceX is we have individual teams that are following all these activities, and they’re focused on their individual piece, and each one of them works on their own area,”

SpaceX’s VP of build and flight reliability Bill Gerstenmaier, said in a May 6 briefing.

This mission is a big help for researchers who have been studying consecutive flights. They aim to gather more data to see if the launches are reliable enough for study.

In other news, Tech Times reports that the Crew-3 astronauts of SpaceX have already returned to Earth after enduring a six-month mission in space.

The team was able to see the new environment around them as they traveled to the International Space Station (ISS).

Read Also: ‘Superblood’ Moon is Coming this Weekend | Here’s How to See it