SpaceX’s Falcon 9 is mistaken for an old Chinese spacecraft by astronomers, and this is the space debris on a collision course to crash to the Moon next month. Crashing to the Moon is not an intentional venture by this spacecraft as well, as it is from a 2015 mission that floats the vast space on Earth’s orbit but now has movement towards the natural satellite.

SpaceX’s Falcon 9 is NOT Crashing to the Moon 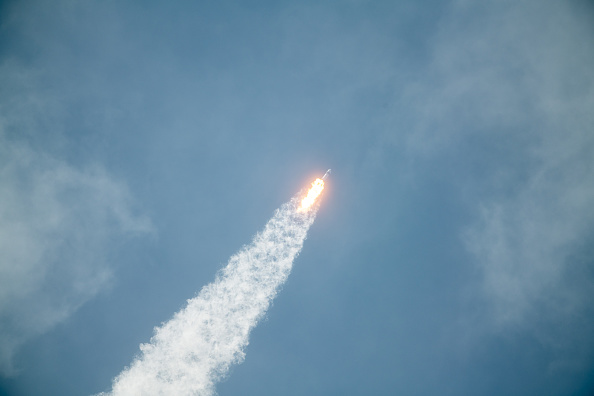 (Photo : SpaceX via Getty Images)
In this SpaceX handout image, a Falcon 9 rocket carrying the company’s Crew Dragon spacecraft launches on the Demo-2 mission to the International Space Station with NASA astronauts Robert Behnken and Douglas Hurley onboard at Launch Complex 39A May 30, 2020, at the Kennedy Space Center, Cape Canaveral, Florida. The Demo-2 mission is the first launch of a manned SpaceX Crew Dragon spacecraft.

According to a blog post via Project Pluto from Bill Gray, SpaceX’s Falcon 9 that was initially thought of as space debris crashing to the Moon is not the one on a collision course to it. In fact, it is an old Chinese spacecraft that is also a part of a rocket and a previous mission that was left in orbit without any clean-up or retrieval.

Gray said that astronomers usually mistake objects as they have limited resources for identifying things clearly and accurately, with some images giving them vague displays. In this case, it incorrectly identified SpaceX as the culprit for an initially mistaken asteroid that will crash to the Lunar surface after discovering that it is not orbiting the Earth.

The said crash is happening next month.

Project Pluto and Gray initially claimed that SpaceX’s Falcon 9 from the 2015 mission brought the DSCOVR satellite. Other astronomers also believed that Elon Musk’s company came from the images and observation, now clearing the company and changing the narrative.

Gray initially said that there was substantial evidence but nothing conclusive to SpaceX’s Falcon 9 identification.

SpaceX and its Crashing Missions?

SpaceX has different crashing missions towards asteroids that are potentially harmful, but it is not aiming to crash itself on the bright natural satellite that orbits the planet. One of its famous crashing missions is with NASA, and it was the DART mission that already launched itself towards the space rock but did not do much to break it.

Initially, the reports and stories behind SpaceX’s Falcon 9 top module from 2015 that will crash to the Lunar Surface brought significant criticism over the space company with the debris left behind. Of course, it is something that SpaceX needs to clean up during the time, but the company allegedly left it behind, only to be cleared of it now.

The space company by Elon Musk and its partners does not have any crashing missions on its list for 2022, especially as the initial one with NASA’s DART did not fare well with changing the asteroid’s course. However, more research towards crashing missions may answer obtaining a significant change to it.

At least for now, SpaceX is not the culprit for the rogue space debris crashing to the Moon.

Related Article: SpaceX: Starlink Satellites Disintegrate Without Debris and Parts Falling Back to the Earth [WATCH]