SpaceX’s Starship was put in its Full Stack state with the Super Heavy Rocket booster that tested out its propellant load for the spacecraft. The focus is to learn the many statuses and information regarding the SpaceX rocket ship and it might indicate that the company will do the first test flight of its spacecraft, determining future missions. 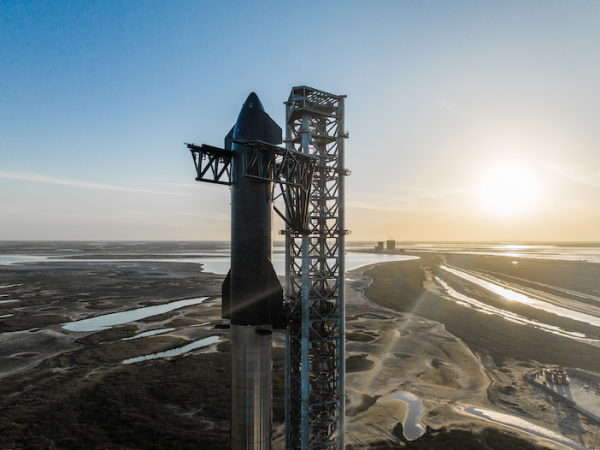 (Photo : SpaceX via Twitter)
SpaceX Starship Full Stack is focusing on another round of tests that prepares for its next launch.

The Elon Musk-owned space agency went to Twitter to share SpaceX’s recent venture with the Starship, and it is a full-stack setup that will soon launch for its test flight. For now, the Starship underwent another test and it focused on the propellant load that the spacecraft would carry with them when going to and from Mars.

Several fans reacted to the image and some were questioning what is happening after the tests, especially as its next stage is the launch testing features that center on its readiness. Another SpaceX fan showed the company firing its engine from both the Starship and the Super Heavy Booster rocket that will be the combination that would go to Mars.

Read Also: SpaceX Starship Backdrop? Elon Musk Says it is a Good One After Reports of Mission Not Close to Launching

Most of SpaceX’s focus is now on Starship and it is only natural that it would do so, as it wants the Starship to be the one that brings humans to Mars. The launch test remains unknown, especially as it got promised last February by the CEO, focusing on the many future missions the company would bring once it sees the Starship as a working device.

SpaceX is not an ordinary company that wants to feature technology and go on earning for its services, rather, its goal is to bring people to another planet and start a new civilization. However, with this, Elon Musk and SpaceX focus on bringing the world to a new frontier that will bring the new age of life and existence.

The company thinks that its technology is the answer to human extinction and while it would be something that SpaceX will focus on, its goal is to enter a new world with them in the center. Elon Musk is popular for talking about these ventures online, providing his insight on topics that concern SpaceX and the entire industry.

SpaceX’s focus now is getting the Starship’s Full Stack off the ground as it already got its needs for the mission, and it would be the focus of the company for this venture. Starship’s progress is a massive focus for SpaceX and it will aim to do more tests and run diagnostics for its systems, before its actual test flight in the coming months.

Related Article: Tesla Solar on Ukraine: Might Not Work Due to Weather Clouds, Need to Have Higher Locations to Answer Blackouts