SpaceX Starship Backdrop? Elon Musk Says it is a Good One After Reports of Mission Not Close to Launching

SpaceX’s Starship may only be a backdrop in the next event to showcase the Stainless Steel spacecraft in the upcoming event on Starbase, Boca Chica. The event coming by Thursday, February 10, will bring a massive update on the Starship spacecraft, especially with what it has to offer in the coming months after it is in the process of getting the test launch license.

SpaceX Starship to Only Serve as Backdrop for Thursday Event? 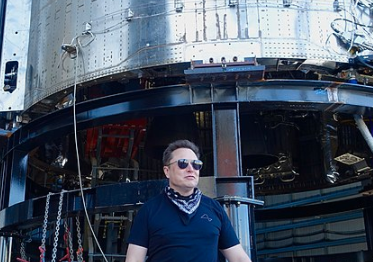 According to Teslarati’s report, the SpaceX Starship will be the “ultimate backdrop” in an event for the spacecraft, and it pertains to the non-operational situation of the Stainless Steel rocket. The report said that it may be so that the Starship will not have a test launch anytime soon, especially now that the massive crane is not yet operational.

The Booster 4, or the Super Heavy that will propel the Starships towards the sky, is now in position the orbital launch pad, something that is not the right location for the spacecraft, says Teslarati. The Super Heavy and Starship should be with Mechazilla, also known as the massive structure with arms to carry both spacecraft.

Elon Musk said the Starship is a ‘Good’ Backdrop; No Test?

Musk said that the Starship is a good backdrop compared to others, and this may also mean that the CEO is confirming that it would only be an opportunity to show it to the public. However, it is important to note that Musk did not confirm anything regarding the Starship’s flights, particularly with the upcoming showcase and weeks to come.

As backdrops go, this is a good one

SpaceX’s Starship and its Mission to Mars

SpaceX Starship’s focus is to go to Mars, and the mission is to establish a colony in the Red Planet for the humans to live. The multi-planetary goals came from CEO Elon Musk, and this is because he thinks that this is the solution for the world to avoid and experience population collapse, which he said is happening now in most nations.

The mission to Mars is a massive step for mankind and the space company from Musk, and this is because they aim to go places where no one else can come. However, it would ensure that legitimate scientists and experts will soon join its human flights that will happen in a few years. Musk thinks that coming to Mars may help in making life multi-planetary.

The space company from Musk will soon hold a showcase in Texas to address its Starship plans for the future, especially now that it is close to happening. Moreover, there may be speculations regarding its delayed flights again, but that will soon get attention and a discussion from Musk that will wait until Thursday to address this issue.