SpaceX Starlink Space Debris Alarm Inmarsat; Shall We Worry About the Artificial Mega-Constellations? 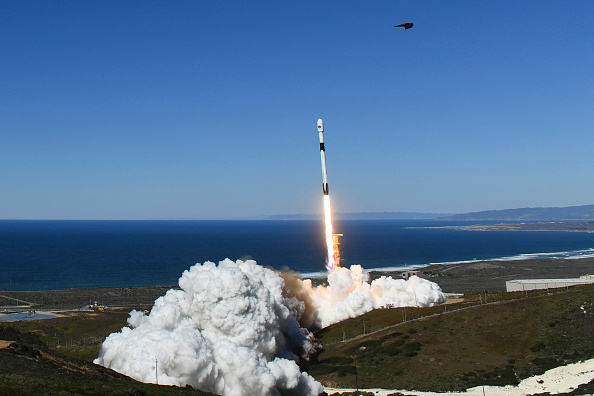 (Photo : Photo by PATRICK T. FALLON/AFP via Getty Images)
A bird takes flight as a SpaceX (Space Exploration Technologies Corp.) Falcon 9 rocket with the NROL-87 spy satellite payload for the National Reconnaissance Office launches from the SLC-4E launch pad at Vandenberg US Space Force Base on February 2, 2022 in Lompoc, California. (Photo by Patrick T. FALLON / AFP)

Aside from SpaceX, the satellite firm also said that the cube sats launched by Amazon, as well as Chinese space operators and other space companies, can all lead to alarming space debris.

Ever since satellite constellations started becoming a trend in the space industry, various experts warned them about the negative effects of their sats.

(Photo : Photo by David McNew/Getty Images)
The SpaceX Falcon 9 rocket launches from Vandenberg Air Force Base carrying the SAOCOM 1A and ITASAT 1 satellites, as seen during a long exposure on October 7, 2018 near Santa Barbara, California. After launching the satellites, the Falcon 9 rocket successfully returned to land on solid ground near the launch site rather than at sea.

However, he explained that the existing technologies to manage these artificial constellations are still not enough. Suri further explained that a better space industry and regulatory coordination between space companies are needed.

“Mega-constellations are talking about tens of thousands of new satellites during this decade – satellites with an expected life of only five to 10 years,” said Rajeev.

Inmarsat’s chief executive also explained that the space debris could also affect other spaceships and rockets passing through the orbit levels where the artificial mega-constellations are forming.

As of writing, SpaceX is the leading space agency when it comes to launching cube sats. It already has around 2000 Starlink satellites that are orbiting the planet.

This number is expected to increase by 12,000, especially since SpaceX already has permission.

Earth.Org explained that the rising space debris in Earth’s orbit could affect future space explorations. It can create obstacles that rockets will find difficult to evade.

Aside from space, these space junks can also have detrimental effects on the environment of Earth. Recently, the debris created by Russian Proton rockets affected the Altai region of eastern Siberia.

The old fuel tanks spilled some toxic fuel residue, which is quite harmful to animals, plants, as well as humans. You can view this link to see the more dangerous effects of space debris.

On the other hand, NASA Axiom-1 Mission‘s ISS undocking has been finalized.

For more news updates about space debris and other related topics, always keep your tabs open here at TechTimes.