SpaceX Starlink satellite network is now concerning the Chinese military. The defense department of the Asian country shared this detail on Thursday, May 5. 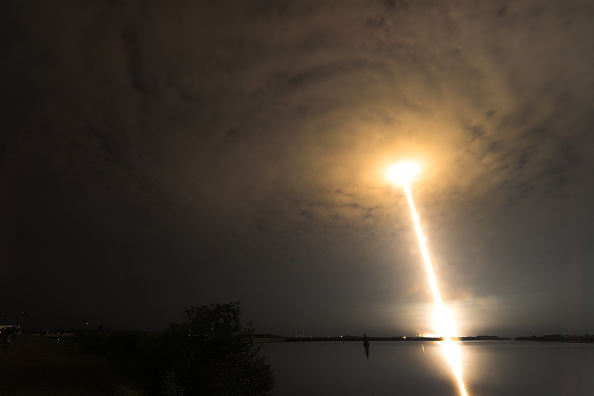 (Photo : Photo by Red Huber/Getty Images)
A SpaceX Falcon 9 rocket lifts off from launch complex 39A on May 6, 2022 in Cape Canaveral, Florida. The SpaceX Falcon 9 rocket was carrying another batch of Starlink internet satellites to be deployed to a growing low obit constellation providing Internet access coverage to 32 countries.

Officials claimed that the massive cube sat constellation could allow the United States to dominate cyberspace. The People’s Liberation Army (PLA) published a report explaining why Starlink is alarming.

“The program’s unchecked expansion and the company’s ambition to use it for military purposes should put the international community on high alert,” said PLA.

According to The South China Morning Post‘s latest report, the U.S. government can use SpaceX’s Starlink satellite network to dominate outer space. 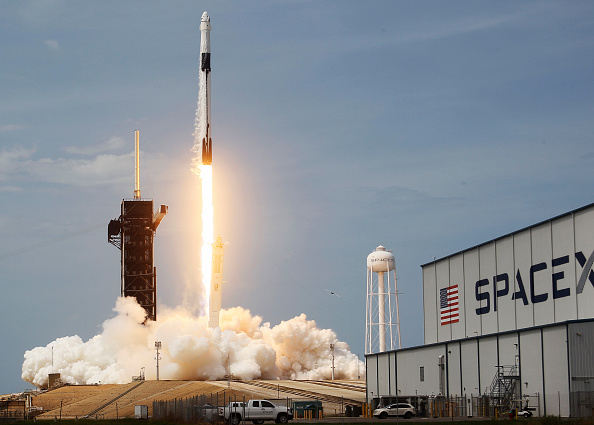 (Photo : Photo by Joe Raedle/Getty Images)
The SpaceX Falcon 9 rocket with the manned Crew Dragon spacecraft attached takes off from launch pad 39A at the Kennedy Space Center on May 30, 2020 in Cape Canaveral, Florida. NASA astronauts Bob Behnken and Doug Hurley lifted off today on an inaugural flight.

Chinese officials stated that militarizing Starlink was already seen in the conflict between Russia and Ukraine, where Elon Musk used his internet service to support Ukraine.

They added that enhancing communication is not the only thing that Starlink is capable of. The Chinese military claimed that SpaceX’s internet satellites could also be used to interact with UAVs (Unmanned Aerial Vehicles), as well as collect facial recognition data.

Aside from this, the People’s Liberation Army also believes that once the artificial mega constellation of SpaceX is complete, the U.S. government can use it to gain situational awareness across the globe.

Since the Chinese military is really concerned regarding the alleged U.S. militarization of SpaceX Starlink, the Asian country decided to launch GalaxySpace.

In the documents, the Chinese government confirmed that they plan to build two LEO satellite constellations. Once they are finished, there will be a total of 12,992 internet sats.

If you want to see further details about the new GalaxySpace satellite constellations, you can click this link.

On the other hand, SpaceX Starbase Texas expansion is claimed to be affecting endangered shorebirds in South Texas.

For more news updates about SpaceX’s Starlink and other new satellite constellations, always keep your tabs open here at TechTimes.