Solar Flares: How Will it Affect Human Life? Northern Lights May Be Affected by Event

Solar Flares are coming this week, and they may have several effects on the daily lives and different public connections that may be essential to human life. The solar flares were seen by NASA and NOAA, saying that it will spew several of its rays to affect the Earth and the inhabitants of the planet, courtesy of the most prominent star in our system.

Solar Flares Are Coming: How Will It Affect the Public 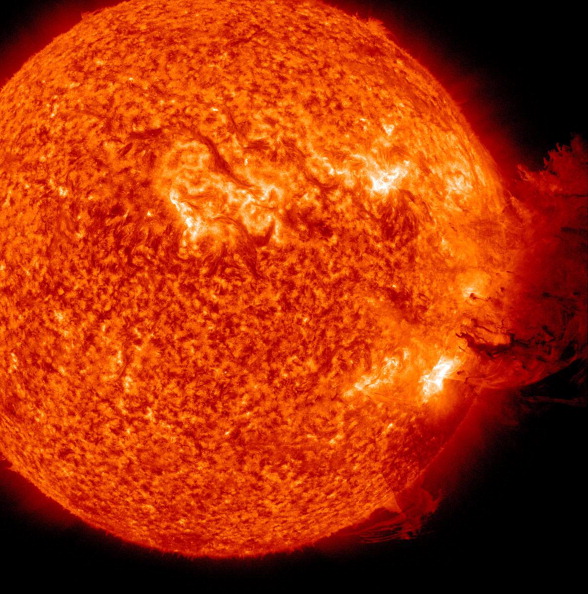 According to Space Weather Live, the Sun is spotless, but it recently produced a new spot in its 2987 region that created a sunspot that triggered a recent star phenomenon. The C1 solar flare will bring a geomagnetic storm to the planet, affecting the public and the systems that will experience the disruptions.

The Solar Flares will not bring anything hurtful or something that would bring the Sun’s heat or UV to harm the public. However, the geomagnetic storms may bring disruptions to power and grids globally, and something as massive as this may also affect the internet connections available to the public now.

The Sun’s solar flares may hit this Thursday, April 14, and extend for several days or weeks.

According to Manchester Evening News, the United Kingdom may experience a significant effect from this solar flare. It is with a more visible aurora or northern lights available once this hits. The northern lights will be significantly seen in the north of Scotland, and it will be seen during the nighttime by April 14.

Solar Flares and its Past Events

Solar Flares in the past have had significant effects on humans and those in space, particularly those having missions in spacecraft or staying at the International Space Station. There are solar shields that astronauts and spacecraft deploy, and it helps shield from the UV rays as orbiters have no layer of protection like the Ozone.

However, despite having the Ozone layer, some solar flares and their effects can still arrive to the humans.

Do not worry, as the solar flares are not as dangerous as NASA and other space agencies that study this, as the bursts will disrupt services and not significantly affect health. It also would not bring any severe or noticeable effects that will affect a person’s wellness or destroy crops as one would usually imagine in a sci-fi film.

Most of the effects of a solar flare are a polar geomagnetic disturbance that may mess with instruments and the magnetic pull of the country at a minimal level.

The Sun brings solar flares regularly already, which is a behavior of the star that cannot be controlled by anyone or anything in space. Nevertheless, the solar flares that will hit the Earth are causing a significant effect on the lifestyle of humans, especially with rotating blackouts and internet disruptions that they cannot do anything about but anticipate.