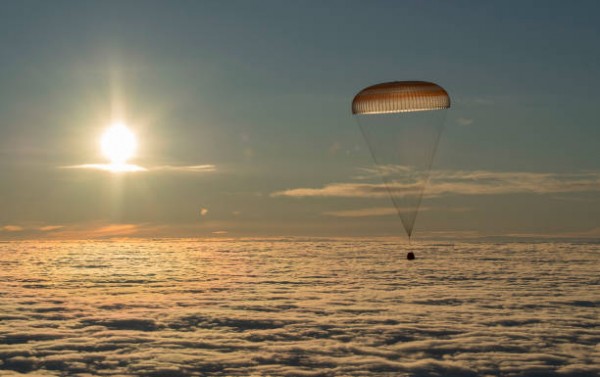 (Photo : Photo Bill Ingalls/NASA via Getty Images)
The Soyuz MS-06 spacecraft is seen as it descends with Expedition 54 crew members Joe Acaba and Mark Vande Hei of NASA and cosmonaut Alexander Misurkin on February 28, 2018 near the town of Zhezkazgan, Kazakhstan. Acaba, Vande Hei and Misurkin are returning after 168 days in space where they served as members of the Expedition 53 and 54 crews onboard the International Space Station.

The Roscosmos official said that there’s an option of de-orbiting ISS if the sanctions against Russia continue.

“The ISS does not fly over Russia, so all the risks are yours. Are you ready for them?” said Rogozin.

He added that imposing sanctions should be planned carefully. Now, it seems like Russia wants to lighten the issue by ensuring the return of the U.S. astronaut named Mark Vande Hei.

According to IFL Science‘s latest report, the American astronaut is a 55-year-old father whose family is living in Texas. Mark has been living in the International Space Station ever since April 2021. 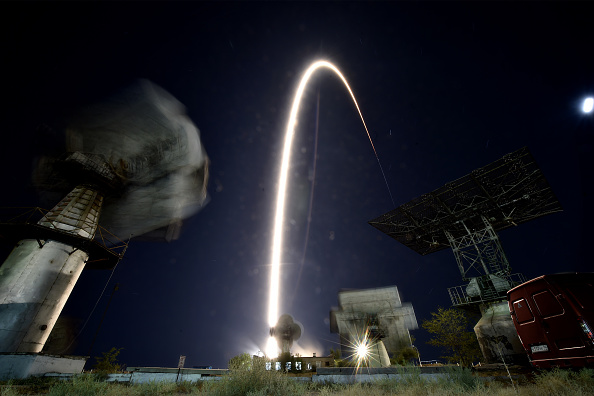 Also Read: Russia’s Roscosmos to Halt Delivery of Rocket Engines to the US

Now, his return to Earth is scheduled for this coming Mar. 30. Two other cosmonauts will join the astronaut once their leave ISS.

But, some speculations claimed that the upcoming return of Vande Hei might be prevented because of the ongoing sanctions imposed by the United States against Russia.

Since the issue between Russia and U.S. remains, Roscosmos, via its official press release, clarified that the sanctions will not delay Vande Hei’s return to Earth.

The Russian space agency said that they maintain their reliability as a partner in ISS, adding that they will safely bring back Mark Vande Hei and two cosmonauts, Anton Shkaplerov and Pyotr Dubrov using the Soyuz MS-19 spacecraft.

Recently, a leaked video trended on various social media. The footage became popular since it claims that the Russian space agency will really abandon ISS.

Of course, many people took the viral video as a joke or an empty threat. However, some individuals believe that the footage is real, claiming that Roscosmos will leave the U.S. astronaut stranded in the International Space Station.

But, this will still remain speculation, especially since Roscosmos already announced the return of Vande Hei.

In other news, Astrolab’s new space rover called FLEX has been launched. Meanwhile, SpaceX’s holy grail is considered to be its advanced reusable rocket, Starship.

For more news updates about Roscosmos and other space agencies, always keep your tabs open here at TechTimes.

Related Article: Roscosmos Leaving ISS? Here’s What Will Happen to the Space Station-And It’s Not a Good One