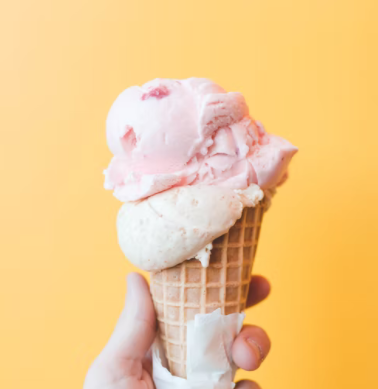 Eating crunchy and icy ice cream can ruin the experience. Luckily, chemists have figured out how to ensure the ice cream stays creamy and soft.

Chemists claim that using a type of cellulose taken from plants can resolve the ice cream problem. The discovery could also be used for other frozen good and even organ and tissue donations.

Ice cream sometimes gets crunchy because of the ice that accumulates in time while it is in the freezer. All ice cream has very tiny ice crystals in it.

If these crystals are small, less than 50 micrometers, they are not noticeable, and it does not change the taste of the ice cream. But the larger the crystal, the grainer and crunchier the ice cream becomes.

Manufacturers avoid massive crystals by freezing their ice cream fast at very low temperatures, usually with liquid nitrogen and with lots of agitation. However, according to Cosmos Magazine, if the ice cream lets and is placed in the freezer again, the texture is lost.

Also Read: Black Ice Cream Is The Latest Summer Treat Trend: Here’s What It Is And Where To Get It

Dr. Tao Wu, a researcher in the Department of Food Science at the University of Tennessee, said that controlling the formation and growth of ice crystals is the key to creating high-quality frozen foods.

Dr. Wu and his colleagues looked to nature for a solution to prevent these crystals, regardless of how the ice cream is frozen.

Dr. Wu said that some fish, plants, and insects could survive in sub-zero temperatures because they produce antifreeze proteins that fight the growth of ice crystals. The proteins are expensive and difficult to make or extract, so they are not a practical ice cream additive.

Commercial manufacturers use another type of antifreeze: polysaccharides gums. These gums can reduce the massive crystals that form in ice cream, according to Eureka Alert.

Dr. Wu noted that many effective types of antifreeze are amphiphilic, which means they are made of molecules that repel water in one part and attract water in another. He decided to investigate another polysaccharide: cellulose nanocrystals taken from plants.

According to Science Direct, cellulose nanocrystals are extracted from plants and trees through photosynthesis using carbon dioxide and water.

Aside from being made of the most common polymer in nature, cellulose nanocrystals are also amphiphilic so that they could do similar antifreeze work.

At a concentration of 25% sucrose, similar to those used in commercial ice creams, the cellulose nanocrystals did not make any difference to the formation of ice.

However, after a bit of time, they kicked in, and a concentration of 1% cellulose stopped ice crystals from getting bigger after 5 hours. The ice crystals in the mixture could not get larger than 25 micrometers, which is below the crunch limit, and the crystals in the control solution.

When the cellulose concentration was halved to 0.5%, the ice growth stopped at 68 hours and 40 micrometers.

In 2014, Xamaleon released an ice cream that changes color when you lick it.

In 2021, an ice cream machine was released to turn alcoholic drinks into soft serve.