Online Spider Mystery Box Sale Now a Thing on the Internet; Some Species May Be Unknown

Online spider mystery box sale is now becoming a thing on the internet. As of writing, many YouTube influencers and other content creators on different social media platforms use this as their content. 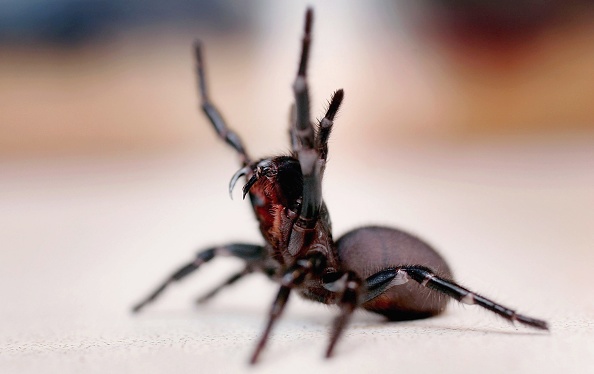 (Photo : Photo by Ian Waldie/Getty Images)
A Funnel Web spider is pictured at the Australian Reptile Park January 23, 2006 in Sydney, Australia. The Funnel Web is one of Australia’s deadliest animals, with a venom that is packed with at least 40 different toxic proteins.

For some individuals, this is not a good idea, especially people with fears of spiders (arachnophobia). But, there are some viewers who enjoy watching influencers unboxing the spider mystery boxes.

They often like how huge the tarantulas are or how colorful some spiders can be. But is this thing really legal?

For the past few years, authorities have always said that keeping endangered animals as pets is illegal. 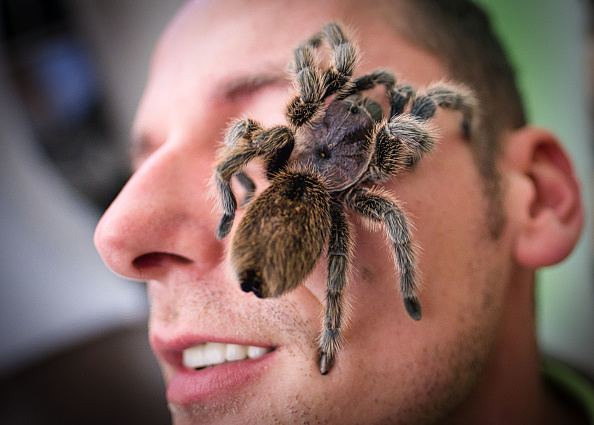 (Photo : Photo by PETER STEFFEN/dpa/AFP via Getty Images)
A Chilean rose tarantula (Grammostola rosea) rests on the face of a visitor at a giant spiders and insects exhibition in Hanover, northern Germany, on November 23, 2019. (Photo by Peter Steffen / dpa / AFP) / Germany OUT

But, since some individuals are not familiar with spiders, they don’t know if the creepy crawlies shown on YouTube, TikTok, and other social media platforms are already endangered species.

Despite the risk, the new study titled “Searching the web builds a fuller picture of arachnid trade,” published by Communications Biology journal, claimed that the spider trades or sales online are still rampant.

“Arachnids are being massively traded. And it seems to be going completely under the radar,” said Dr. Hughes, one of the leading experts in the new study.

Based on their findings, there are around 1,200 species of spiders, scorpions, and other arachnids that are sold on the internet.

They believe that the international trade authorities are regulating only 2% of these creepy crawlies. If this is true, then there’s a high chance that some of the tarantulas and other eight-legged animals are endangered species.

Why Online Spider Sale is Alarming

Aside from having thousands of spider species, involved experts said that most of the arachnids contained in the mystery boxes are captured in the wild.

This is an alarming method to sell spiders since experts urged animal traders to breed their animals in captivity so that those in the wild will not be affected.

On the other hand, collectors may be buying spider species that are not yet known to science, as reported by The New York Times.

For more news updates about spiders and other arachnids sold online, always keep your tabs open here at TechTimes.