Next NASA Artemis I Wet Dress Rehearsal’s Status To Be Discussed! Where To Watch, Discussion Topics, and More

The next NASA Artemis I wet dress rehearsal’s status will be discussed by the international space union first before it is conducted. 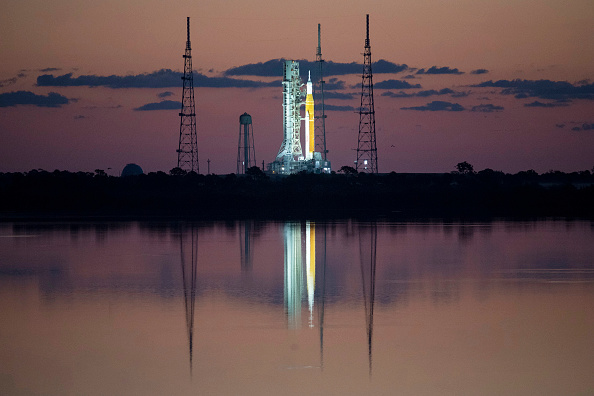 (Photo : Joel Kowsky/NASA via Getty Images)
In this handout photo provided by NASA, NASA’s Space Launch System (SLS) rocket with the Orion spacecraft aboard is seen at sunrise atop a mobile launcher at Launch Complex 39B on April 4, 2022 at the Kennedy Space Center in Cape Canaveral, Florida.

The National Aeronautics and Space Administration has already conducted wet dress rehearsals for the Artemis I, the latest lunar mission of the agency.

These tests started on Apr. 1 and will still be conducted in the upcoming months. As of writing, NASA’s wet dress rehearsal for Artemis I mission is taking place at the Kennedy Space Center, Florida.

According to NASA Gov‘s latest report, the international space agency wants to check the status of the next Artemis I wet dress rehearsal before the test takes place in June. 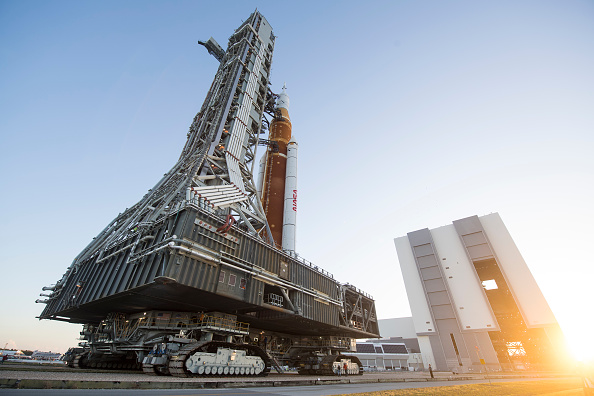 (Photo : Aubrey Gemignani/NASA via Getty Images)
In this handout provided by the National Aeronautics and Space Administration (NASA), the Space Launch System (SLS) rocket with the Orion spacecraft aboard atop a mobile launcher as it rolls out of High Bay 3 of the Vehicle Assembly Building for the first time on its way to to Launch Complex 39B March 17, 2022 at Kennedy Space Center, Florida.

“NASA will hold a media teleconference at 3:30 p.m. EDT Thursday, May 5, to discuss the status of the next wet dress rehearsal test of the agency’s Space Launch System (SLS) rocket and Orion spacecraft,” said NASA.

For those who are interested to watch the upcoming teleconference, NASA said that they will broadcast it via their official NASA LIVE website.

You can hear the statements and suggestions of two NASA space experts:

Why Wet Dress Rehearsals are Important

These test simulations may include filling a rocket’s propellant thanks, draining the aircraft’s tanks, as well as resetting the spaceship’s countdown clock.

The upcoming NASA Artemis I mission is still months ahead, with an estimated launch date of August.

This is why the international space agency is already doing its best to conduct wet dress rehearsals that will allow them to identify any issue before the actual blast off.

On the other hand, NASA’s Ingenuity Mars Rover was able to capture an ancient river ridgeline on the Red Planet.

For more news updates about NASA and its upcoming Artemis I mission, always keep your tabs open here at TechTimes.