A new solar cell that relies on night vision tech can generate and store electricity even in complete darkness. If this new solar energy-storing innovation becomes successful, it can change how energy plants gather solar power. 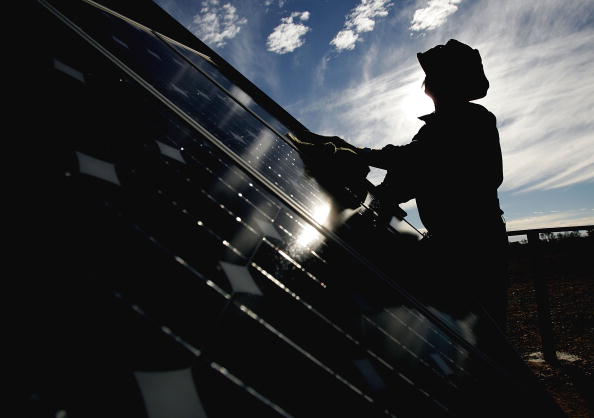 The details of the new solar cell were revealed in a study titled “Thermoradiative Power Conversion from HgCdTe Photodiodes and Their Current-Voltage Characteristics,” which was published by the ACS Photonics journal.

It was demonstrated by scientists at the University of New South Wales (UNSW). The secret to this technology is its backward process.

According to Interesting Engineering‘s latest report, common solar panels rely on the photovoltaic process, which converts sunlight into electricity. 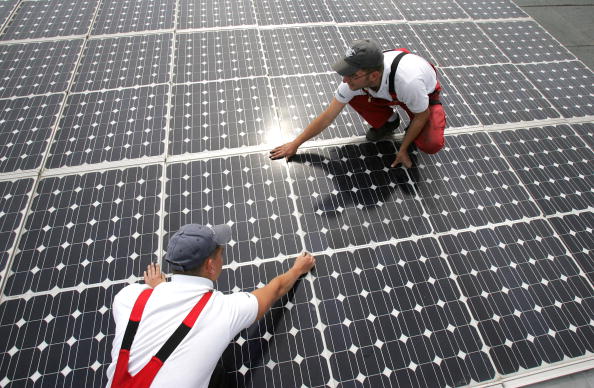 (Photo : Ralph Orlowski/Getty Image)
Two workers maintain solar panels on the roof of a warehouse on May 13, 2005 in Buerstadt, Germany.

Meanwhile, the new solar cell uses the thermoradiative process, which uses infrared light produced by the materials that were heated by the sun.

“In that sense, the thermoradiative process is similar; we are diverting energy flowing in the infrared from a warm Earth into the cold Universe,” said Phoebe Pearce, a UNSW physicist.

Involved experts explained that they used the materials in night vision goggles to create the new solar cell. However, its performance is not that efficient compared to the conventional models.

During the tests conducted for the new solar panel, UNSW revealed that this new solar power-storing tech is 100,000 times less efficient compared to the traditional solar panels.

Because of this, they believe that their invention is still too early to be released in the renewable power market. As of writing, involved scientists are still further improving their night vision-based innovation.

One of the goals is to pair their new solar cell with the current PV technology. For the past few years, experts have been trying to create solar panels that can efficiently work at night.

They are doing this to help reduce the carbon emissions generated from acquiring fossil fuel. A night-based solar panel is not really a new idea.

Some Stanford engineers already created one. If you want to see further details about this night-based solar panel, you can visit this link.

Previously, a new electricity superyacht that uses solar panels can both sail and fly.

On the other hand, next-gen solar panels are expected to offer cooler operating temperatures.

For more news updates about solar cells and other similar energy-storing innovations, always keep your tabs open here at TechTimes.