This new blood test can detect incurable cancers in dogs. But is the new OncoK9 tech really efficient? 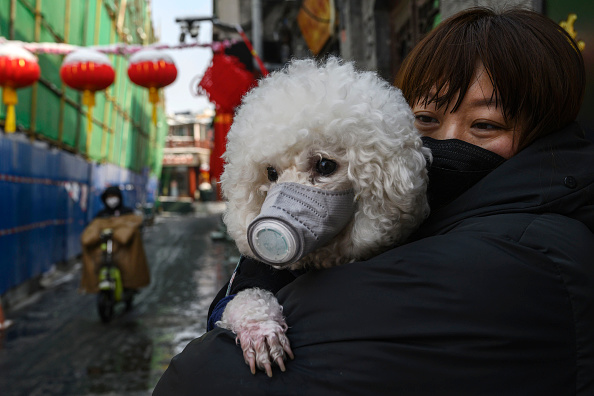 (Photo : Photo by Kevin Frayer/Getty Images)
A Chinese woman holds her dog that is wearing a protective mask as well as they stand in the street on February 7, 2020 in Beijing, China. The number of cases of a deadly new coronavirus rose to more than 31000 in mainland China Friday, days after the World Health Organization (WHO) declared the outbreak a global public health emergency.

For the past years, cancer is still the leading cause of death in dogs. Most of the affected pets are 10 years and older, making it hard for vets to save them from their health complications.

Because of this, pet owners usually ask if there are blood tests for dogs that can help them know if their beloved furry friends are at risk.

“I’ve been being asked for so many years by families: Isn’t there a blood test for cancer?” said the co-founder of PetDx, Andi Flory.

According to The Wired‘s latest report, Flory and Daniel Grosu, another co-founder of PetDx, worked together to create the new OncoK9 blood test. 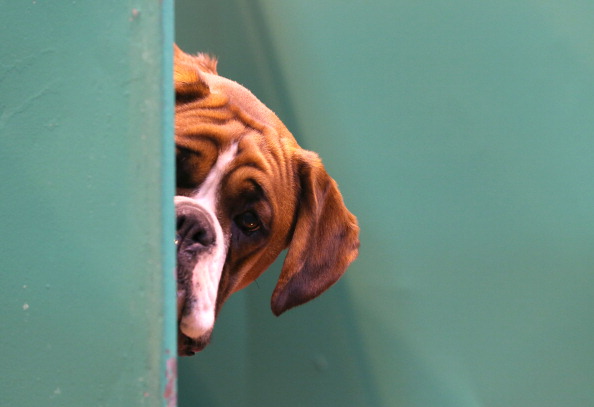 (Photo : Photo by Matt Cardy/Getty Images)
A Boxer dog looks out from its kennel on first day of Crufts dog show at the NEC on March 6, 2014 in Birmingham, England. Said to be the largest show of its kind in the world, the annual four-day event, features thousands of dogs, with competitors travelling from countries across the globe to take part. Crufts.

She and Grosu launched their health innovation for dogs back in 2021. As of writing, more than 400 veterinary clinics are already offering the new blood test.

However, owners can only get one for their dogs through prescription. If their vets don’t suggest the use of OncoK9, they can’t get the blood test.

A major trial was conducted in 2019, which involved 1,100 dogs. All of these pets had their blood tested using the new OncoK9.

Based on the study’s findings, the new cancer-detecting blood test has an efficiency of 55%. Lisa Moses, a veterinarian, said that the new OncoK9 is really helpful for saving dogs from cancers.

On the other hand, the new research also revealed that the blood test could efficiently detect late-stage cancers as well. During the 2019 trial, OncoK9 determined the most aggressive cancers at 80% efficiency.

If you want to see more details about the new dog cancer-detecting blood test, you can visit this link.

On Apr. 22, a new bird-friendly app was developed by Queensland experts so that they can protect endangered birds.

For more news updates about OncoK9 and other health techs that can save animals, always keep your tabs open here at TechTimes.