A new data map revealed the violent activities of the Milky Way Galaxy. Experts claimed that this behavior helped the massive heavenly body become what it is today. 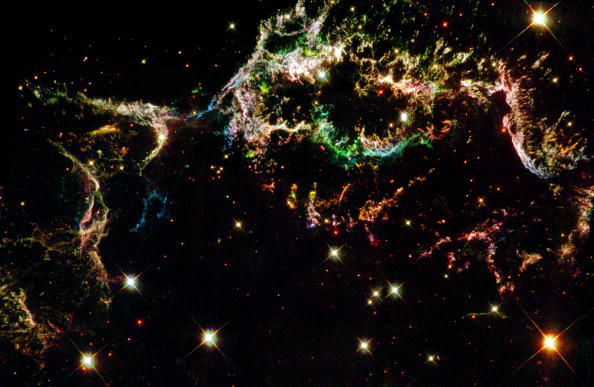 (Photo : Photo by NASA/Getty Images)
An image of a Cas A supernova reveals the remnants of a section of the upper rim of the youngest known supervova identified in our Milky Way galaxy. Dozens of tiny clumps near the top of the image are actually small fragments of the star and each clump is approximately ten times larger than the diameter of our solar system. The varying colors of the supernova are caused by glowing atoms.

In the new study, involved experts claimed that the Milky Way has collided with other galaxies for the last 13.6 billion years, allowing it to consume them.

Before the new research was conducted, scientists only recorded five galactic mergers that led to the evolution of the Earth’s galaxy.

Khyati Malhan, a space expert at the Max Planck Institute for Astronomy in Germany, discovered a sixth merger. This is just one of the results acquired by the new study.

The latest study about the Milky Way Galaxy was published by the Astrophysical journal. This research explained that the spiral galaxy formed by colliding and merging with other space body systems. 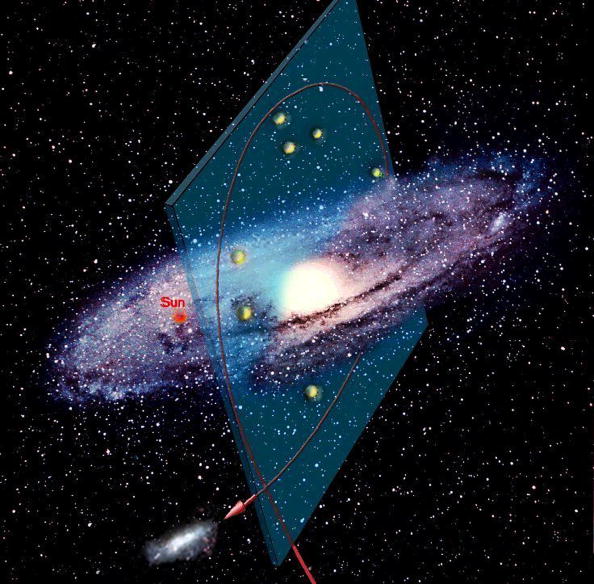 (Photo : Photo credit should read STR/AFP via Getty Images)
An undated imaginary photo shows a sattelite galaxy entering our galaxy, the Milky Way and spilling globular clusters of stars before getting away. A set of star clusters which were used to estimate the age of our galaxy and thought to be the most ancient native systems were, in fact, dragged into our galaxy, the Milky Way, from a small younger neighbor, Koean astronomers said.

“The dynamical atlas of the Milky Way mergers that we present here provides a global view of the galaxy formation in action,” explained the researchers.

Based on their latest data map, the gravitational reach of the Milky Way Galaxy is not limited horizontally and vertically.

They discovered that this invisible force encircles the galactic disk, making it more hostile to other space bodies.

Involved researchers explained that the gravitational force of the Milky Way, also known as “galactic halo,” was created through continuous collision with multiple other space systems.

How Hostile is Milky Way?

According to Science Alert‘s latest report, when the Milky Way Galaxy closes into another galaxy or other space bodies, the result leads to a violent scenario.

Since its gravitational force is quite strong, it will stretch the other space entity, which will lead to disemboweling.

After that, the stars that other heavenly bodies within the other galaxy will spill out and create a stellar stream. If you want to see the exact new data map of the Milky Way Galaxy mergers, you can visit this link.

In other news, an enormous black hole was discovered. Experts claim that it is 15 million times more massive than the sun. Meanwhile, space researchers discovered some rare stars.

For more news updates about the Milky Way Galaxy and other space bodies, always keep your tabs open here at TechTimes.