Neuralink’s test monkeys in its laboratory that the company uses for brain implant experiments have died, and the company recently confirmed their deaths in a post. However, in their statement, Neuralink claimed that the monkeys did not die because of animal abuse but of natural causes.

Despite this, the Physicians Committee for Responsible Medicine (PCRM) disagrees with Neuralink and claims abuse that led to their deaths. 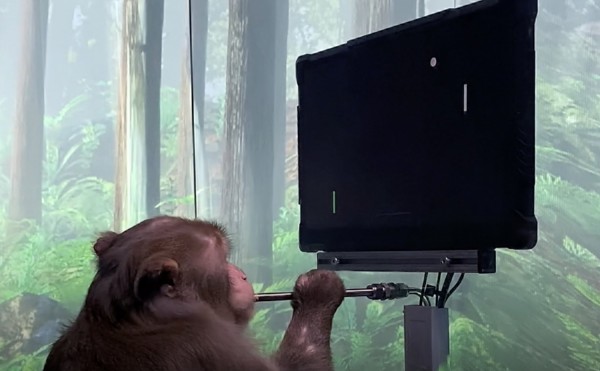 (Photo : Neuralink via YouTube Screenshot)
Macaque Test monkeys from Neuralink died in the laboratory, but the company claims there were no animal abuse happening from their captivity. PCRM questions this and raises a campaign against Elon Musk and the brain chip company.

Neuralink published a blog post about its test monkeys that they kept in the lab have already died. However, the company said that the researchers did no harm that resulted in their demise.

The company claims that there are no abuses done to the animals throughout their years in the laboratory, being test subjects.

The said test monkeys are the same macaque monkeys who played the MindPong in the demonstration video by Neuralink from April 2021. The monkeys were also kept in UC Davis, the team that carried out the implants to the primates and supervised the entire process until they severed ties with Neuralink.

However, one organization called the PCRM claims that Neuralink performed animal abuse against the now-deceased monkeys during their time as test subjects for the company. Pieces of torture and maltreatment evidence were pushed to the courts in 2017 and 2020, respectively.

PCRM claimed foul play against the monkeys during their lifetime, eventually leading to their deaths.

Neuralink and its Test Subjects Before Humans

Last January, Elon Musk and Neuralink began their search for the “Clinical Trial Director” position at the company, and the opening entails that the person would be responsible for future human tests. The search indicated that the company is looking into human trials for the first time since it launched its brain chips to the public.

There have been reports that Musk and Neuralink are getting ready for 2022, which will be a massive year for the company as it will start its first phase of human trials. Brain implants would help improve a person’s functions and the different effects it brings for humans and their motor abilities.

Neuralink is like a “Fitbit” to one’s head, claims Elon Musk back in 2020, and it remains to be something that the company aims to bring for the public once it launches.

Musk promised AI symbiosis for humans, but it would be initially be tested on animals like pigs and monkeys, those closest to the human minds, to see its safety and effectiveness.

The monkeys were among the test subjects before humans, but sadly, they did not live after the unfortunate incident.

Related Article: Elon Musk’s Neuralink Brain Chip is Alarming the Scientists | What’s So Unconvincing About This?