After almost six months of working and living in space, NASA’s SpaceX Crew 3 mission is finally ready to end its mission and land back on Earth. 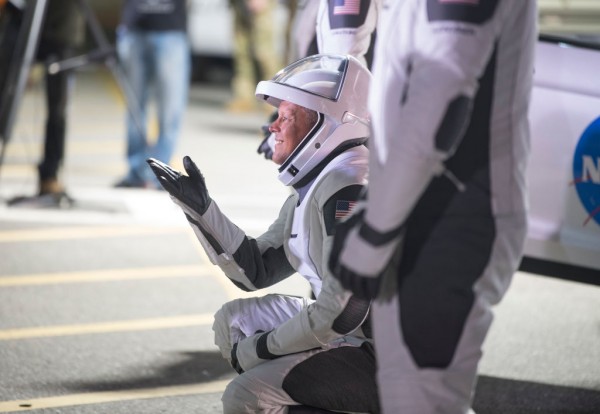 NASA’s head of human spaceflight, Kathy Lueders, posted on Twitter on Monday that the space agency will be having their Crew-3 astronauts unload from the International Space Station (ISS) in their Crew Dragon spacecraft around 5:05 pm ET on Wednesday, May 4.

The splashdown off the Florida coast will consequently follow on May 5.

All of the four members will be undergoing tests before their departure, and they are expected to be officially home by May 5, but this date is still subject to change depending on the state of the weather.

Last month, the Crew-4 launch was delayed since the crew of Axiom-1, which is the first all private mission to the ISS, failed to return from the station as scheduled because of the rough weather experienced on the Florida coast.

Crew-3 and Crew-4 are part of the missions of NASA’s Commercial Crew program, which has contracts with private space launch companies to assist astronauts to travel to and from the space station.

It is worth noting that all of the four missions launched have been flown in SpaceX Crew Dragon spacecraft powered by SpaceX Falcon 9 rockets.

A crucial orbital test flight will be conducted on May 19, which will determine if crew missions will possibly fly in the Boeing Starliner spacecraft.

“Excited to be Back Home”

In a report by Space.com, the only veteran astronaut on the mission team, Marshburn expressed his excitement to be finally coming home and see his wife and kids once again.

“I get goosebumps just thinking about actually that moment of getting to see them. To see the pictures of my kids, how much they’ve grown in six months – they’re younger, it’s pretty amazing and makes you realize how much you missed.”

He also expressed wanting a “hot bath” since he has been living in space for so long.

Barron added, “I think we’re all really looking forward to seeing our loved ones, our family and friends on the ground who were so instrumental in supporting us throughout our lives and getting us to this point.”

Meanwhile, European Space Agency’s (ESA) astronaut Maurer shared glimpses on what their lives look like in the ISS on Twitter. He said that the astronauts have completed the suit checkouts to ensure that there will be no leakage that could expose the team to outer space conditions during the landing.

Completing Dragon suit checkouts & a view of our @SpaceX Crew Dragon capsule Endurance 🐉🚀 Soon it’s time to head back to Earth & I’m looking forward to home, but also getting a bit wistful that it’ll soon be time to say goodbye. #Crew3 #CosmicKiss pic.twitter.com/HTLA2J44uo

Maurer also posted on Twitter a picture of Endurance, the Dragon capsule that was named for the “tenacity of the human spirit.”

The mission crew was launched to the ISS to conduct a number of science experiments. Maurer alone was responsible for carrying out 35 European experiments under the mission named “cosmic kiss.”

ESA said that this was Maurer’s first space mission and his experiments could advance existing knowledge ranging from human health to materials science, which could benefit life on Earth and the prospects of space exploration.

Related Article: Mars Plants To Be Cultivated Even Without Soil! NASA Crew-4 To Conduct Series of Tests