NASA’s Mars rock samples might contain space germs that could be brought back to Earth if astronauts are not careful enough. 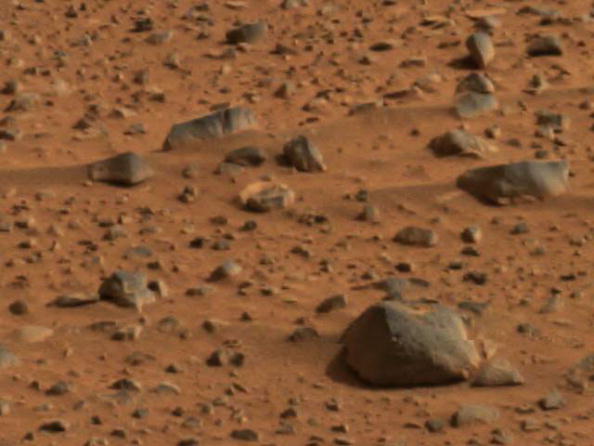 (Photo : Photo by NASA/Jet Propulsion Laboratory/ Cornell University via Getty Images)
In this handout released by NASA, angular and smooth surface of rocks are seen in an image taken by the panoramic camera on the Mars Exploration Rover Spirit January 6, 2003. The rover landed on Mars January 3 and sent it’s first high resolution color image January 6.

The international space union now plans to conduct a space mission that will bring back Martian specimens inhabiting rock samples.

NASA said that the spacecraft is expected to land on the U.S. Air Force testing (located in Utah) around 2030. But, the space agency is still looking for feedback to see if the new plan is accepted.

According to NPR‘s latest report, the plan of NASA to bring back space specimens from Mars should be examined thoroughly. Who knows what these microbes bring to Earth. 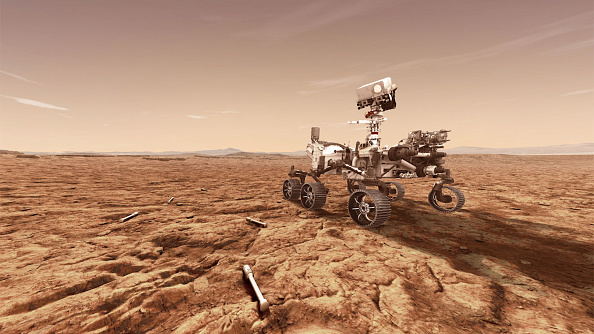 (Photo : Photo illustration by NASA via Getty Images)
In this concept illustration provided by NASA, NASA’s Perseverance (Mars 2020) rover will store rock and soil samples in sealed tubes on the planet’s surface for future missions to retrieve in the area known as Jezero crater on the planet Mars. A key objective for Perseverance’s mission on Mars is astrobiology, including the search for signs of ancient microbial life.

On the other hand, a Louisiana State University geologist shared his excitement regarding the upcoming space mission.

“Maybe this is the most important environmental assessment that humans have ever done,” said Peter Doran.

However, he said that the probability of germs living on the surface of the Red Planet is pretty low. This means that there’s a low chance that space microbes can be brought back to Earth.

Although this is the case, he clarified that low probability doesn’t mean impossible. Besides, many space studies claim that Mars is somehow similar to Earth years ago.

One of these researches is the new study titled “A nitrogen-rich atmosphere on ancient Mars consistent with isotopic evolution models,” published by the Nature Geoscience journal.

If you want to see more details about the similarities between Earth and Mars that the new study discovered, you can visit this link.

Space experts said that it would be troublesome if NASA were really able to bring back space germs from Mars. They added that things would be more serious if the microbes escaped from the space agency’s containers to keep them.

But, Brian Clement, a NASA planetary protection expert, claims that multiple panels agreed that the potential hazard of Mars rocks is pretty low.