NASA’s Mars Ingenuity has recently succeeded in completing its 22nd flight on the red planet. The space agency confirmed that this took place last Sunday, March 20.

At that time, the helicopter managed to stay in the air for 101.4 seconds. During its short trip to Martian lands, it reached 33 feet or 10 meters, its maximum altitude. 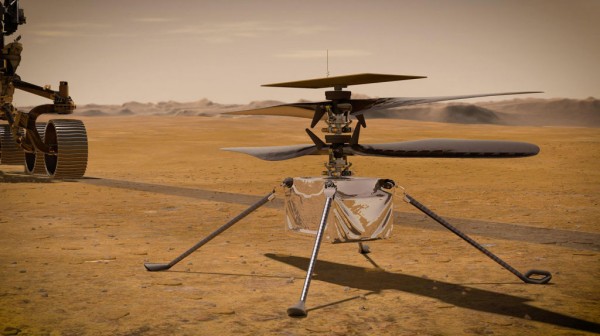 According to a report by Space.com, NASA’s main goal for using small aircraft is to show that exploring the red planet is possible. As soon as several operations kicked off, the space agency continued to launch successive flights for the chopper. It serves as Perseverance rover’s scout.

To see many things in a distance, the Ingenuity helicopter looks for potential spots of observation on the Earth’s neighboring planet. The team behind this discovery said that observations that Ingenuity yielded were useful in spotting the best route for flight.

Previously, the helicopter also accomplished its 21st flight where it flew for about 39 minutes at an altitude of 15,247 feet or 4,647 meters. The flight log for this space travel can be seen here.

NASA’s Jet Propulsion Laboratory or JPL hopes that the four-pound Ingenuity helicopter will be used in future flights. With that being said, its 22nd flight will not be the last since we might see another mission in September.

Last month, Tech Times reported that the Martian helicopter has explored the planet for about 130.3 seconds at a total altitude of 391 meters (1,283 feet). It was flying at 9.9 mph, according to the article. This was the “Flight 20” of the space machine on a foreign location.

According to JPL, the environment on Mars was “highly” unpredictable.

In another report from CNET, the agency’s Curiosity rover has recently visited a bizarre landscape that appears to be a reptile scale, particularly resembling the back of an alligator.

This rocky formation which was spotted on the red planet has been interesting so far for scientists. When the image was closed up, the team was surprised that the land was indeed rugged.

At the moment, the experts are still trying to find some hints regarding the first water in the region. Curiosity helps scientists in looking for the potential traces of the past in dry planets.

CNET included in the report that the rover is currently roaming the Greenheugh pediment, a rocky area filled with eroded rocks.

Earlier this month, Curiosity managed to spot a beautifully-captured formation of “rocky” flower in Mars. Tech Times wrote that this could be connected to the early speculation that the water on Mars existed a million years ago.