NASA’s astronaut, Mark Vande Hei, is the record holder for the American with the longest stay in the International Space Station on a single mission, with as many as 355 days in his slate. The astronaut initially had a six-month contract with NASA to perform his task at the space station but was extended for another half-year stay at the station.

NASA: Mark Vande Hei is the Longest Staying American in the ISS 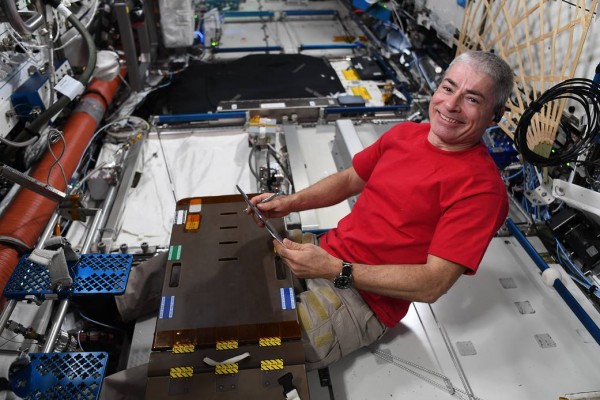 The National space agency celebrates the record that Astronaut Mark Vande Hei will soon hold when he completes his mission on the International Space Station. Vande Hei’s achievement is being the American that takes the crown for having the most prolonged stay in the ISS, and he set a high bar for others to achieve, especially in an upcoming future mission.

Vande Hei stayed for as much as a year from April 9, 2021, and would mark the 355th day on his departure by March 30, 2022. There were several delays for Mark Vande Hei’s return to the planet, and it initially received threats from Russia before the country said that it would help in the safe return of the NASA astronaut.

The other record holder of the longest stay in the International Space Station is NASA astronaut Scott Kelly, who stayed for 340 days. Vande Hei significantly added more days to Kelly’s visit, and 15 days is a massive gap between both astronauts.

Life in the ISS is unlike a day here on the Earth, particularly as the orbiting station revolves around the Earth fast, meaning that it sees the Sun and Moon multiple times during a 24-hour period.

NASA and its Missions

The International Space Station may be a destination in space, but its focus is to bring a different take on scientific research and medical experiments hypothesized by scholars. The astronauts who arrive at the station do not stay on the ISS only, but they perform these experiments and studies, each with a different responsibility or focus.

Different space companies have already brought NASA Astronauts to the ISS for different missions. One of them is SpaceX, which got multiple contracts with the agency for future ventures. In the case of Mark Vande Hei, there were issues with his return to the planet, hence the delay that prolonged his stay.

Nevertheless, the NASA astronaut is returning home after almost a year, which is happening soon.

NASA has multiple missions for the ISS, and one of them is the Commercial Crew feature that brings different astronauts to the station with the help of private space companies. These astronauts’ ventures help expand the knowledge and information known to humans, focusing more on how space would affect specific processes, with astronauts like Mark Vande Hei looking into the studies.