NASA’s Artemis I SLS Rocket to Get Repairs Due to Faulty System from Tests, Nitrogen Supply

NASA’s Artemis I mission faced a significant update on its testing phase for the SLS rocket. It is pulling back the spacecraft back to its laboratories to repair several stages and parts. The wet dress rehearsal and other tests that the company did were to look at the rocket’s capabilities, flaws, and needs for its actual flight coming in the future.

Also, there is a scarce nitrogen supply, and it is essential for the spacecraft’s operation.

NASA Artemis I Mission to Go Back for Repairs on Spacecraft 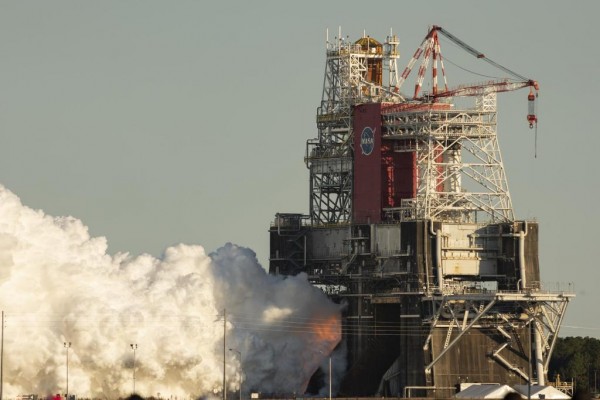 NASA announced the state of the SLS rocket for the Artemis I mission, especially as it went to several tests and saw what the spacecraft needs for its future missions. The main focus here is that NASA will bring the Space Launch System rocket’s entirety back to its labs for the team to work on repairs and ready it for its subsequent testing.

Read Also: NASA’s InSignt Mars Lander Showcased this Unique Martian Sunrise and You Should Not Miss It

There is another problem that the Artemis Moon mission and the SLS rocket face at present: the dangerous low supply of a rare gas called nitrogen for the rocket. There are upgrades that an off-site supplier of nitrogen will be doing for its company, and it will not be able to deliver to NASA.

The agency took the time also to address several of SLS’s needs.

NASA’s Artemis moon mission aims to bring back humans to the space rock, and it also seeks to get the first woman to land on the Moon and walk around it for the exploration mission they aspire to do. However, there have been many delays to the current status of the Artemis mission, with the first Moon landing to happen by 2026.

The Artemis mission’s uncrewed flight gets delayed, and there is no information regarding its crewed flight by the next decade.

Nevertheless, preparations are made for the next venture by NASA, and it is all about having its crew ready and well-equipped for their upcoming mission for the space agency. The additional needs are also getting focused during this venture, especially with the recent NASA and Canoo deal that will have the electric van to drive around space.

The Artemis Moon mission will bring humans back to the lunar surface for its further exploration and other goals of NASA for the natural satellite of the planet. There are many preparations for it. The agency will not settle for less in this venture, as it is a critical mission involving lives, scientific work, money, and other essential factors surrounding it.