NASA will End SOFIA Flying Observatory Mission: Find Out Why

NASA, together with its partners at the German Space Agency at the Deutsches Zentrum für Luft- und Raumfahrt (DLR), has decided to halt the Stratospheric Observatory for Infrared Astronomy (SOFIA) mission and finally set it on the ground after eight years.

The SOFIA mission will officially conclude its operations no later than Sept. 30 when its current mission extension will end as well. 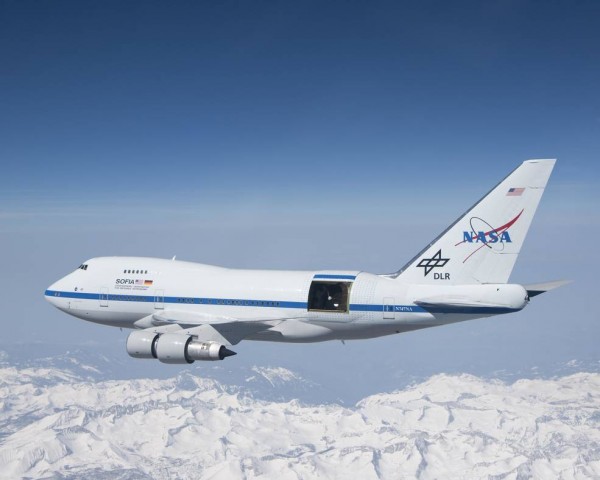 The End of SOFIA

NASA started using SOFIA, which happens to be a modified Boeing 747SP registration N747NA, from 2009 to 2010 and on May 26 of 2010, the flying observatory succesfully sent its first image of the solar system.

This telescope was a project between NASA and DLR which aimed to observe and study the infared universe and understand significant events such as the formations of solar systems and new stars.

Last month, NASA and DLR sent the Boeing 747SP to Chile to commence its first trip to South America and conduct a two-week project.

However, on the first day of April, SOFIA eventually returned to the United states. The mission recorded 14 flights departing and landing in Palmdale, based on FlightRadar24.com’s data and reported by Simple Flying.

Meanwhile, on April 27, the observatory mission conducted a flight that lasted for a duraton of ten hours and flew all the way up to the northern Saskatchewan in Canada before trailing its way back to California.

Why is it Finally Concluding?

Based on an astrophysics decadal survey, which is a community-informed document that produces top priorities for astrophysics research in the next 10 years, they recommended on November 2021 that SOFIA must halt its operations.

DLR and NASA had to heed to this recommendation.

SOFIA costs about 85 million per year in order to operate, according to the evaluation of National Academies’ Decadal Survey on Astronomy and Astrophysics 2020, the science productivity of the mission is not proportional to its huge operating costs.

Furthermore, the report said that SOFIA’s capabilities are not necessarily in line with the science priorities of the Decadal Survey for the next decade and years to come.

Hence, the Decadel Survey had to encourage NASA and DLR to conclude the SOFIA mission once its mission extension is over.

“SOFIA’s annual operations budget is the second-most expensive operating mission in Astrophysics, yet the science productivity of the mission is not commensurate with other large science missions,” officials stated in NASA’s report of allocations for the 2023 federal budget request, reported by Space.com

Furthermore, the 2023 White house budget request supported the call of the Decadal survey, stating that SOFIA’s closure will be “consistent with the recommendations of the science community.”

SOFIA will be finishing eight years of its mission on Sept. 30, which happens to be a three-year extension beyond its supposed mandate. The mission employs a modified Boeing 747 airplane with a reflecting telescope that conducts high-atmospheric infared observations.

There have been many cancellation requests before but with the Decadal Survey, SOFIA will finally hit the ground.

However, NASA noted that SOFIA’s data will remain available for use even when the mission has halted. With their newly launched James Webb Space Telescope, they will be seeking to “advance the future of scientific discovery in infared astrophysics.”

SOFIA will conclude its scheduled operations for the 2022 fiscal year and a shut down will immediately follow.