NASA Uses ‘Holoportation’ to Bring Flight Surgeon Onto the ISS

NASA has incorporated the “holoportation” in bringing a flight surgeon into space. The process has gone smoothly without launching any rockets whatsoever.

This science fiction-inspired mechanism could appear futuristic to many people, especially those who grow up with sci-fi movies. It’s indeed surprising how the international space agency managed to use it for a next-level transdimensional journey. 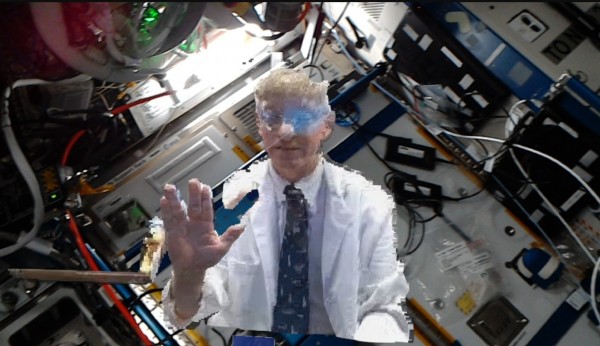 You might have already seen a hologram representation in a “Star Trek” or other sci-fi movie, but you haven’t seen one in real life. Apparently, NASA has already made it possible by bringing a flight surgeon onto the International Space Station or ISS.

According to a recent report by CNET, the space agency brings Dr. Josef Schmid onto the modular space station with no required use of any rockets.

Along with Schmid, the AEXA Aerospace CEO Fernando De La Pena Llaca and his other team members transformed this exploration into a feasible space journey– something that’s just taken out of the book at first glance.

Schmid considers this a “brand-new” way of exploration where their bodies are tied up to a unique space trip. He added that even though their physical bodies are not there, their human entity is found where it belongs.

‘Holoportation’ Not a New Case Anymore

For those unfamiliar, this is not the first time that scientists and engineers use holoportation. Right from the get-go, many tech companies have already involved this invention in their discovery. Originally, they used it for many industries including education, advertising, and gaming.

The latest activity that NASA did was a different breakthrough, however. The space agency has been successful in its virtual transportation into space.

To give you an idea of how it works, the scientists use 3D-modelled holoporters that undergo several processes: reconstruction, compression, and transmission. Interestingly, all of these are done in real-time.

As for Microsoft’s take on this invention, the Redmond firm was able to use its HoloLens to interact with astronauts and holoporters. The laboratory appears to be establishing a special realm for both entities from space and Earth.

Despite being remotely located from the subject, the holoporters have successfully conversed with Schmid and De La Pena in the ISS. In the picture, the involved people have shaken hands on a holographic platform.

According to NASA, this technology is useful in private medical, psychiatric, and family conferences.

For the advanced innovation, NASA wants to take it to the next level by adding an augmented reality function. This feature can allow the users to view the space as if it’s next to them. They could see a group of stars or even touch the sun (but not physically).

Moreover, this could also benefit astronauts in terms of “extraterrestrial medicine.”