According to NASA, its Mars Reconnaissance Orbiter was able to take a peek at this Chinese space machine in the Utopia Planitia of the red planet. It was made possible through the efforts of the HiRise team. 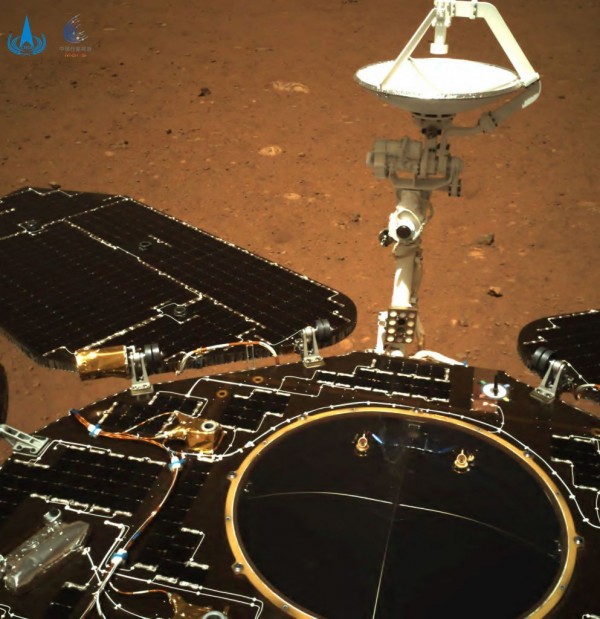 According to the latest report by CNET on Friday, March 18, the international space agency showed success in glimpsing the famous Zhurong spacecraft.

The solar-powered machine has been an important part of China’s space exploration in line with the Tianwen-1 mission.

Interestingly, the venture is not all about Zhurong since there’s an orbiter and a lander that you can see. The former is famous for its selfies.

For instance, Tech Times reported last January that China’s National Space Administration released footage of the orbiter taking selfies above the Martian surface which took place on the evening of the Chinese Lunar New Year.

Regarding the recent snapshots of the rover, NASA discovered its activity across the Utopia Planitia, the largest impact basin on Mars.

Moreover, the HiRise camera spotted that the Zhurong vehicle was traveling using its wheels. The team tracked that it was traversing a dusty terrain and it appears that it was tracing its path back and forth.

There’s another interesting thing to take note of for this discovery. For a close-up view, NASA released an image of the path where the Chinese space robot crossed. The top-view picture showed that there are several tracks on the way, extending its coverage for about 1 mile from its starting point.

At the moment, the Chinese space agency was looking forward to an extended trip for Zhurong after it successfully endured a hard mission that lasted for three months.

Somehow, this is good news for China since this major breakthrough proved that it can move forward to great heights in terms of space exploration and discovery.

NASA Snaps Photo of a Pulsar

In other news, Live Science reported that NASA snapped a bizarre photo of what seems to be a “dead” star. The celestial object was reportedly blasting an antimatter particle that extends to 40 trillion miles.

Using the Chandra X-ray Observatory and Gemini North telescope, the astronomers were able to identify the unusual particle in space. According to them, the sightings of the pulsars are considered to be rare.

For those unfamiliar with them, pulsars are the remains of a giant star that releases “radiation pulses.” They are also known for having magnetic fields. The size of a tiny pulsar can be compared to a city, per NASA’s statement.

“It’s amazing that a pulsar that’s only 10 miles across can create a structure so big that we can see it from thousands of light-years away. With the same relative size, if the filament stretched from New York to Los Angeles, the pulsar would be about 100 times smaller than the tiniest object visible to the naked eye,” Kavli Institute’s Martijn de Vries said in a statement.

Read Also: NASA Brings the Artemis I SLS Rocket to 39B Launch Pad, to Fire its Rockets in Several Weeks