It’s a blast from the past, and NASA will be taking you to space as you ready yourself to catch rogue exoplanets and swirling galaxies with the Roman Space Observer! 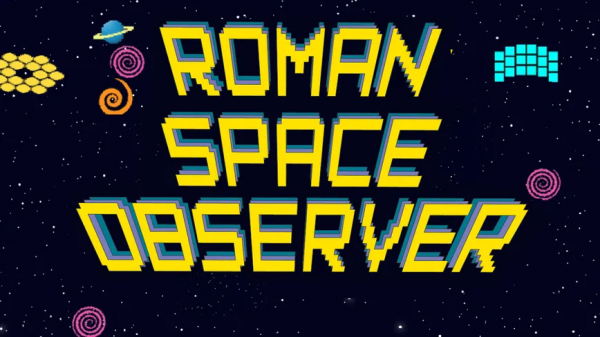 The 80’s nostalgia never ends these days. While the new season of Stranger Things is giving its fans a complete retro aesthetic vibe, NASA is also offering us a totally rad retro game that is free to play!

The space agency’s Nancy Grace Roman Telescope, which is still in the works to explore exoplanets and focus on dark matter in the future, is featured in this new game.

Roman is expected to be launched to space in the mid-2020s. This means it still has a long way to go, but the new retro videogame could hype us further for the telescope’s first mission.

The Roman game will give you the chance to be an astronomer, albeit in an entertaining vintage 8-bit game! It mashes all the right buttons, it is easy to play but also hard to master, and to give that full 80’s experience – a throwback soundtrack will be featured too!

“You have been given observation time on the Nancy Grace Roman Space Telescope. You only have one minute to catch as many astrophysical objects and phenomena as possible,” the game wrote in its objectives.

As the player, you will be in charge of driving the telescope, which is designed out of a curving group of blue squares that represents Roman’s field of view.

Your job is to slide through space using the keys on your keyboard and hit the spacebar to catch all the celestial objects hurling in your way – such as swirling galaxies, Webb telescopes, supernovae, etc, black holes, dark matter, and regular and rogue exoplanets.

The swirling galaxies are the easiest to catch, while the green rogue exoplanets are fast and a bit challenging to snag. The James Webb Space Telescope is represented in golden mirrors, and they are even harder to catch than rogue exoplanets.

But the hardest ones to catch are the dark matter and black holes because their dark colors are camouflaged with the game’s background.

The NASA game is currently available to play. Most importantly, it is also free and playable in a desktop browser. You can play the game here (note that you won’t need to download any app to start playing).

The Roman Space Telescope is named in honor of Nancy Grace Roman, who is considered the “Mother of Hubble.” The upcoming mission is set to solve the deepest mysteries in astrophysics, such as the universe’s evolution, according to NASA.

Roman’s 80-themed videogame serves as a celebration of the future of astronomy through a tribute to a retro videogame. The game is similar to Space Invaders. If you grew up loving that game, you would surely love Roman as well!