NASA’s Perseverance rover for Mars has filmed a stunning footage of a tiny Martian Moon bypassing the face of the sun, an observation that will aid scientists to better understand the moon’s orbit and its gravitational pull that shapes the planet’s crust and mantle. 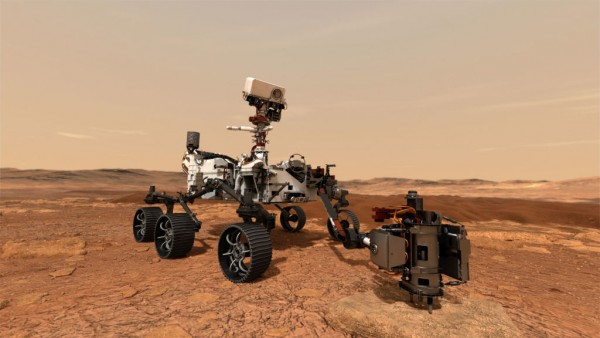 With the help of Perseverance’s next-generation Mastcam-Z camera, a camera system that has the ability to zoom in, focus, and take 3D pictures and videos at high speed, captured the scene on April 2, which is 397th Marian day, or sol (Solar day), of the mission.

“I knew it was going to be good, but I didn’t expect it to be this amazing,” said Rachel Howson, one of the camera’s operators from San Diego’s Malin Space Science Systems, in a NASA statement.

The Phobos eclipse lasted for over 40 seconds which is relatively shorter than the average solar eclipse that involves the Earth’s Moon.

Phobos, when compared to our planet’s Moon, is about 157 times smaller and the other Martian moon Deimos is even smaller, according to NASA. In perspective, Earth’s Moon has an average radius of 1,737 kilometers.

The Martian Moon is distinguished by a sequence of streaks across its surface as well as a 9-kilometer-wide crater that is called Stickney. Scientists believe that these two lumpy bodies may have been former asteroids that were captured by Mars’ gravity.

However, according to Space.com, Phobos is on a slow “death spiral.”

A study suggests that the moon’s orbit of Mars is “gradually degrading over the eons, brings it through charged molecules (ions) of oxygen, carbon, and argon which points out that Mars has been shedding from its atmosphere for billions of years.”

Hence, NASA is closely studying Phobos orbit because the clues for the Red Planet’s atmosphere could be found on the surface of the tiny moon.

The time-lapsed images are the latest in NASA’s long history of filming solar eclipses on Mars. The Twin NASA rovers Spirit and Opportunity took the very first video of Photos while it was passing by the Sun’s face back in 2004.

However, Perseverance has provided a higher quality, more zoomed-in footage of a Phobos solar eclipse at its highest frame yet ever since it landed in February last year. The camera served as a zoomable upgrade for Curiosity’s Mastcam.

“It feels like a birthday or holiday when they arrive. You know what’s coming, but there is still an element of surprise when you get to see the final product,” said Howson when they receive captures from the rover.

Unlike other cameras, Mast-cam Z’s color features make this version of Phobos solar eclipse special. It also has a solar filter that reduces light intensity in order to see the details of the Martian Moon, such as its shadows, ridges, and bumps.

Scientists are well-aware that Phobos is doomed since it is closely getting to the Red Planet’s surface and is bound to crash into the planet in tens of millions of years.

However, NASA said that the eclipse observations from Mar’s surface conducted over the last two decades are helping scientists to improve their knowledge of Phobos’ slow death spiral.