NASA NOAA GOES-T Launching Soon in March: Why Is it Relevant—How to Watch?

The National Aeronautics and Space Administration (NASA) makes the National Oceanic and Atmospheric Administration’s (NOAA) GOES-T mission available on a live broadcast. The live stream of the agency will bear witness to the mission of NOAA as it aims to bring the Geostationary Orbital Environmental Satellites (GOES) R-series.

NASA: NOAA GOES-T Mission to be Livestreamed by NASA TV 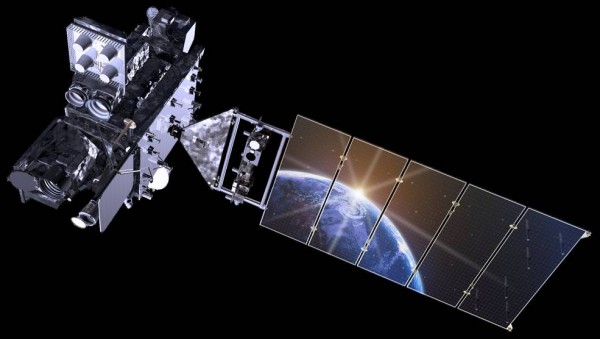 (Photo : Lockheed Martin via NASA)
Illustration of the GOES-T spacecraft with Earth’s reflection.

According to a tweet from NASA, the NOAA GOES-T mission’s launch will be included in the live stream of NASA TV to showcase it for the public to witness. The GOES-T mission would take place on March 1, 4:38 PM ET (21:38 UTC), which is only a week and a few days from now, helping make the mission known to many.

NASA said that the live stream would take place in its NASA Television platform, the NASA App, and the official live stream website of the space agency for the public to witness. It is important to note that it will begin its programming by 4:00 PM ET, giving people ample time to connect and see the event that will take place half an hour later.

Why is NOAA GOES-T Mission Important?

NOAA’s GOES-T mission will focus on looking into critical data of several regions and countries in the world that will be helpful in its research and monitoring of the environment. The said regions include U.S. West Coast, Alaska, Hawaii, Mexico, Central America, and the Pacific Ocean.

These places will monitor its changes or data, aiming to use it to help its preservation and conservation.

NASA may have a lot of important spacecraft in orbit now and are currently doing their mission to look into deep space for answers and information about this world, but it still has a lot on the slate for the future. NASA’s next-generation deep space telescope that launched only this year after several delays, the James Webb, is already looking into different objects in space.

Another critical mission of NASA is the MAV or Mars Ascent Vehicle that will go to the Jezero Crater to retrieve the sample space rocks that Perseverance gathered on its mission. NASA gave the contract to Lockheed Martin to bring the vehicle to retrieve the samples and bring it to the planet for studying and investigations.

Apart from the intergalactic missions of NASA, it would still focus on those that will look into the Earth’s environment and investigate the different happenings within it. It will join the likes of Landsat and other spacecraft or satellites that focus on looking to the planet and determining what is happening to it from above for a different point of view.

Related Article: NASA Perseverance Rover Celebrates Its First Landing Anniversary–Here’s What It Has Found Since