NASA’s Mars rover, Perseverance, captured an image recently that made a lot of people on the web think it’s definitive proof of life on Mars. But there’s far more to the picture than alleged “proof” of the existence of ET.

CNET reports that the image captured by the Perseverance rover shows a “reclining alien” on a Martian rock. The anomaly was spotted by Scott Waring, a man who runs a website focused on hunting alien life, while he was looking at images taken by the rover back in April 2021.

The original image was posted on Gigapan, but here’s the zoomed in version indicating the anomaly: 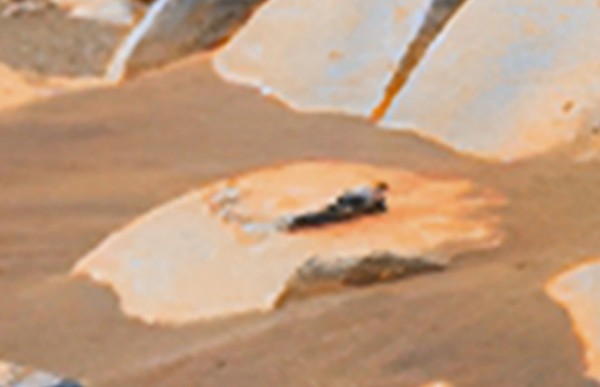 As you can see, the anomaly does look like something-or someone-reclining on a rock wearing a black suit. It even conjures images from popular media, like Jeff Goldblum reclining in “Jurassic Park” or Kate Winslet doing the exact same thing in “Titanic” (aka “paint me like one of your French girls”).

According to Waring, this is “100% proof of intelligent life. There is a person laying down watching the NASA Mars rover from a safe distance away,” as reported by The Independent.

But just like how it is with many recent sightings of ET life forms-or “proof” of it-on Mars, this can be explained with something far simpler: the phenomenon known as pareidolia. In simpler words, Waring’s eyes are playing a trick on him.

There is absolutely no way that a humanoid-like organism would exist there, given the fact that NASA’s scientists are only using the Perseverance rover to look for “ancient life” on the Red Planet. This means they’re looking for traces of microbes at most, and not complex, multi-celled organisms that resemble life on Earth-like humans.

But like with any scientific discovery, maybe there is something out there that remains hidden from prying eyes.

There’s a chance that you’ve heard of the phenomenon called pareidolia, aka “seeing faces in weird places.” This is the most likely explanation for the “reclining person” captured in the Perseverance rover’s image. 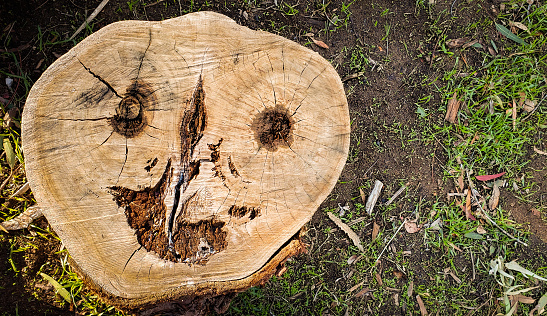 Pareidolia, according to LiveScience, is a psychological phenomenon that causes people to see (or even hear) a random image or sound, and consider it something significant. It has often been the explanation used to describe alien sightings, as well as hearing alleged disturbing things when music is played backwards.

Scientists can’t agree on what causes pareidolia in the first place, as there’s not a lot of comprehensive studies about it. But according to renowned cosmologist Carl Sagan, pareidolia likely started as a key survival skill for our human ancestors. Noticing images in the distance or in poor visibility conditions helped them stay away from predators, and also helped them to quickly identify whether someone is a friend or a foe.

But whatever that “reclining” figure might be, it’s far from the weirdest stuff that NASA’s Mars rovers have discovered over the years.