NASA’s Mars Ingenuity helicopter explored Mars recently and successfully flew for its 23rd mission. The space vehicle, over the past months, has been operating on the red planet.

Along its journey to the foreign planet, the Ingenuity is expected to meet another vehicle which is popularly known as the Perseverance rover.

As scientists continue to seek a potential sign of ancient life in the arid region, they will be needing to depend on the helicopter to hasten their ancient discovery. 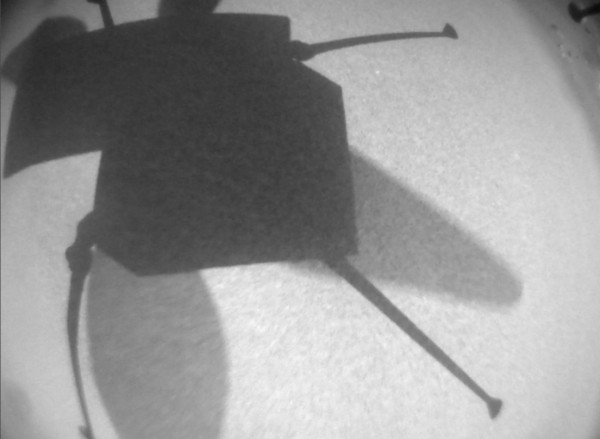 According to Digital Trends, the Mars helicopter has left another legacy on the red planet following its success for the 23rd flight. At that time, NASA’s Jet Propulsion Laboratory tweeted out that the delicate robot was able to fly for more than 358 meters for 129.1 seconds.

23 flights and counting! #MarsHelicopter successfully completed its 23rd excursion. It flew for 129.1 seconds over 358 meters. Data from Ingenuity in the new region it’s headed to will help the @NASAPersevere team find potential science targets. https://t.co/TNCdXWcKWE pic.twitter.com/I63LrizOEc

The announcement hinted that the robotic vehicle will be heading soon to another Martian region in hopes of searching for traces of history.

In a similar report, it was mentioned that the Perseverance rover will be heading to the Jezero crater, particularly in its delta.

Scientists believed that this location was once rich in water. Additionally, it might be an ideal place for living things since the water might have been shallow and warm, according to their assumption.

Apart from that, the geological structure of this land was seen to be a perfect spot for emerging life. This made the experts think that this particular region was once a dwelling place for any signs of life.

With that, the Perseverance rover will need some help from the Ingenuity helicopter. To properly assess the whole area, it will need to traverse the rocky path slowly to avoid potential damages from other things.

Along its journey, the Ingenuity robot can act as the eyes for the rover. Ahead of the location, it will be spying on the possible hazards that might hinder the rover’s progress. It will also give the rover a clearer peek of the things that could spark some curiosity in the scientists.

So far, we know that NASA has extended the mission for the said helicopter until September. We expect that more aerospace trips will take place involving it and Perseverance.

“The Jezero river delta campaign will be the biggest challenge the Ingenuity team faces since first flight at Mars. To enhance our chances of success, we have increased the size of our team and are making upgrades to our flight software geared toward improving operational flexibility and flight safety,” NASA’s Jet Propulsion Laboratory Ingenuity team lead Teddy Tzanetos said at that time.

In another report, China announced its plans to create a Mars helicopter similar to Ingenuity, per Tech Times. In addition, the Chinese space agency also set its first crewed mission in 2033.