NASA KNaCK: Lunar Backpack to Provide Navigation on the Moon, Astronauts to Bring it on Missions

NASA KNaCK is a new venture for the company, and it is a wearable technology for astronauts that is essentially a lunar backpack that would bring a navigation system for those venturing the Moon. It will be a part of the upcoming Artemis Moon mission that the space agency aims to have by the end of this decade, helping astronauts avoid getting lost. 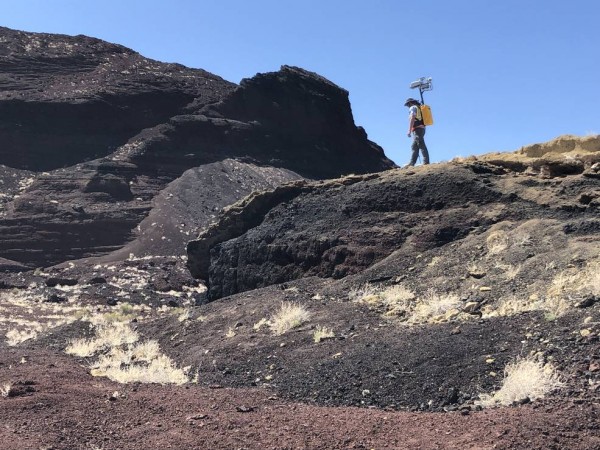 NASA aims to bring another technology for the Artemis Moon mission for the astronauts, and it is with the Kinematic Navigation and Cartography Knapsack (KNaCK) lunar backpack. The device fits a mobile LiDAR scanner that will sense objects and map the environment with light, having a more accurate navigational system that includes itself on the spacesuit.

The backpack will give a real-time 3D map of the environment, and it may sound like it came straight from a sci-fi movie; it is something that NASA developed for the upcoming Artemis missions. The national space agency aims to explore more of the “airless wastes” at the South Pole of the Moon, and it may be a site difficult to navigate.

The lunar backpack will help bring a high-resolution image of the place where the astronauts are, allowing them to explore more of the area without getting lost. According to Gizmodo, the KNACK will help NASA astronauts to navigate the region, especially as many factors in space may disorient them and have them to lose their sense of direction.

NASA’s Artemis Moon mission is one of the essential ventures for the national space agency now, and many of its resources and outsourced partners are working to achieve a single goal. Going back to the Moon and exploring the new frontier would be the company’s primary goal, with the SLS rocket already testing its system via its wet dress rehearsal.

Other preparations of NASA for the Artemis include the Moon Astrovan and its transportation systems while on the natural satellite and a Moon lander that comes from two companies, including SpaceX. NASA is gearing up for the upcoming mission, and it will provide the return to the lunar surface after decades.

Humans are bound for the Moon, and it is the closest space rock they can visit, having a familiar feel to the lunar surface as it was the site of many missions in the past. Now, the company aims to explore it more, giving astronauts a chance to walk around the place and discover more areas on the Moon compared to past missions.

Related Article: NASA’s Artemis I SLS Rocket to Get Repairs Due to Faulty System from Tests, Nitrogen Supply