NASA’s James Webb Space Telescope is now focusing on the former planet, Pluto. But, this time, the international space union will also observe other icy objects in the region of the dwarf planet called Kuiper Belt. 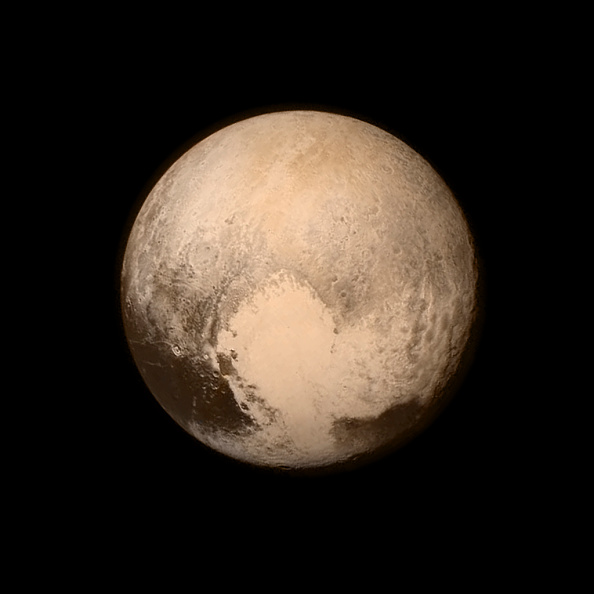 (Photo : Photo by NASA/APL/SwRI via Getty Images)
In this handout provided by the National Aeronautics and Space Administration (NASA), Pluto nearly fills the frame in this image from the Long Range Reconnaissance Imager (LORRI) aboard NASA’s New Horizons spacecraft, taken on July 13, 2015, when the spacecraft was 476,000 miles (768,000 kilometers) from the surface.

This area is considered the graveyard of the solar system since it is located at the very end. As of the moment, Pluto is still not considered as a normal planet because of its gravitation dominance.

Although this is the case, this space object is still essential since it can help NASA’s space experts to further understand the solar system.

According to Space.Com‘s latest report, Pluto and other heavenly bodies located in the Kuiper Belt can help NASA to better understand the solar system’s formative years.

(Photo : Photo by NASA/JHUAPL/SWRI via Getty Images)
In this handout provided by the National Aeronautics and Space Administration (NASA), the dwarf planet Pluto (R) and it’s largest moon Charon is shown at distance of about 3.7 million miles from NASA’s New Horizons spacecraft July 8, 2015. The craft is nearing its July 14 flyby when it will close to a distance of about 7,800 miles (12,500 kilometers) from Pluto.

For the past few years, other NASA missions have been able to observe the Kuiper Belt. However, their observations only lasted shortly.

The James Webb Space Telescope is expected to study Pluto and other space objects in the Kuiper Belt for a longer period.

“Using Webb, we will be able to get information about surface chemistry that might be able to give us some clues into why there are these different populations in the Kuiper Belt,” said JWST Solar System Observations’ interdisciplinary scientist, Heidi Hammel.

Inverse reported that the icy moons located in the Kuiper Belt could actually support life. This detail was claimed by a new study published by the Astronomy journal.

Space researchers in the study claimed that these cold moons were once able to maintain their needed distance to their planets, allowing them to maintain the liquid state of their bodies of water.

These moons include Jupiter’s Europa and Saturn’s Enceladus. This is another reason why observing the Kuiper Belt and its icy space objects is quite important for NASA.

In other news, the upcoming NASA Artemis Mission moon landing is now expected to happen this coming 2026. Meanwhile, NASA’s three new SpaceX contracts have been confirmed.

For more news updates about NASA’s JWST and its upcoming space missions, always keep your tabs open here at TechTimes.

Related Article: NASA Artemis I Mission To Send Your Name To the Moon! How To Include Yours in the Space Agency’s Flash Drive?