NASA’s James Webb Telescope is one step ready to observe and explore the universe! 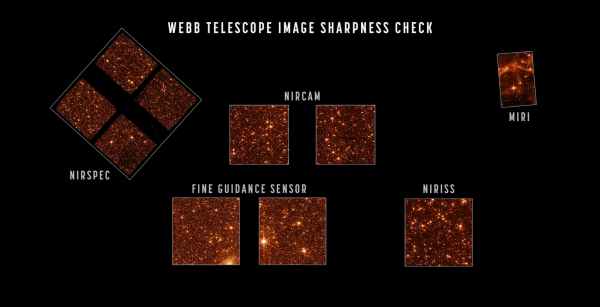 The space observatory, which holds a massive mirror that has the ability of peering even in the most distant reaches of space, has now completely aligned, announced by NASA’s Webb team on Wednesday.

Particularly, the world’s premier space observatory, has successfully accomplished several  steps within the past few months, which were vital for aligning its 18 gold mirror segments.

It is worth noting that the mirror is so large that it needed to be folded inside the rocket for its launch last December 25. When it finally reached an orbit a million miles from Earth last January, NASA unfolded and aligned the mirror through a careful process.

The James Webb Space Telescope concluded its alignment phase when it demonstrated how it can capture “crisp, well-focused images” with the use of all four of its science instruments. The images were released last April 28.

This milestone will enable the mission team to proceed to the next step which is the science instrument commissioning. Hence, the telescope will enter a new phase of preparation after the process of aligning all of its instruments and mirrors.

NASA noted that the next phase could take at least two months and with Webb still on track to finish in June once the plan succeeds.

Scott Acton, Webb wavefront sensing and controls scientist at Ball Aerospace, said in the NASA’s blog post that the images have profoundly changed the way he sees the universe.

“We are surrounded by a symphony of creation; there are galaxies everywhere. It is my hope that everyone in the world can see them,” he added.

Into the Exoplanets and Galaxies

The Webb telescope has the special ability to peer inside the atmospheres of exoplanets and study how some of the first galaxies were formed after the universe began. They will be observed through infared light, something that is invisible to the human eye.

However, the very first high-resolution images of the cosmos are unlikely to be received soon but it could arrive until the end of June, since Webb has to recalibrate their instruments. But the images released by NASA showing clear and well-focused images proves the efficiency of their instruments.

The $10 billion telescope has undergone many processes since its launch on Christmas day of last year. Webb had to rocked to deep spance which took almost a month and it had to go through a complex seven-step allignment process for it to pass.

Meanwhile, for calibration activities, there is a list of milestones that Webb must accomplish before it becomes officially operational.