NASA’s James Webb Space Telescope (JWST) captured its “first light” image. Although this is a great achievement, the actual photo shows that the giant space telescope still needs a lot of work. 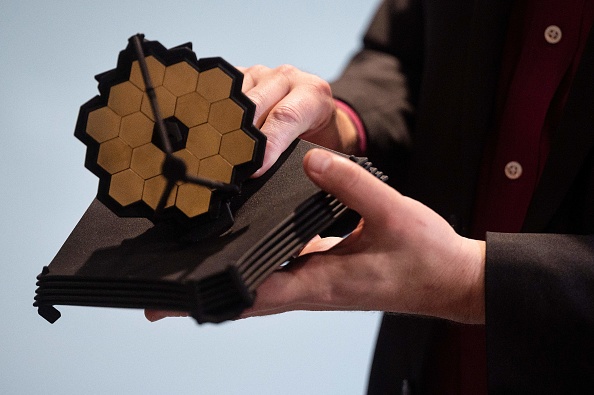 (Photo : Photo by JIM WATSON/AFP via Getty Images)
Klaus Pontoppidan, project scientist in the Webb mission office, holds a model as he speaks during an interview ahead of the James Web Space Telescopes launch at the Space Telescope Science Institute (STScI) in Baltimore, Maryland, on December 3, 2021. (Photo by Jim WATSON / AFP)

The international space union confirmed this detail, saying that the first light image of JWST was recorded on Feb. 3.

“This milestone marks the first of many steps to capture images that are at first unfocused and use them to slowly fine-tune the telescope,” said NASA via its official blog post.

According to Mashable‘s latest report, first light is a term that describes the first generation of stars or the oldest stars that appeared in the universe. 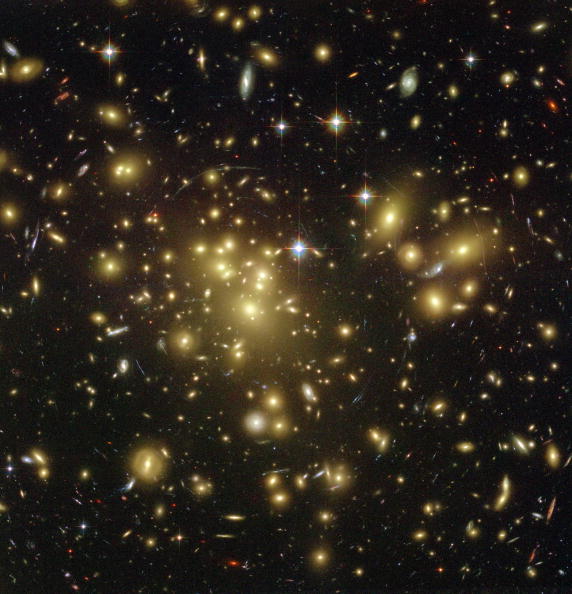 (Photo : Photo by NASA/STScI/ACS/ESA/Getty Images)
IN SPACE – JANUARY 7: This deep-space image was created using a gravitational lens created by a cluster of galaxies on January 7, 2003. The Hubble Space Telescope made a 13-hour exposure through a tight cluster of galaxies called Abell 1689 located 2.2 billion light-years away. The galaxies seen through the cluster are 13 billion light-years away and are magnified by gravity from Abell 1689.

Based on the Big Bang theory, they are thought to have formed just 300 million years ago. Capturing first light stars’ images is essential since they can provide more details about the oldest heavenly bodies in space.

Aside from first light stars, NASA will also use James Webb Space Telescope to photograph some of the very first galaxies that are more than 13.5 billion light-years away from Earth.

NASA’s James Webb Space Telescope used HD84406, an isolated star that is 260 light-years away, as its subject.

However, unlike other space images and videos captured by the international space agency, this one is not HD. Instead of showing the actual appearances of the subject star and other heavenly bodies around it, the final output showed show ghost-like objects floating in space.

This just shows that JWST is still imperfect. But, this is not a flaw. Lee Feinberg, James Webb Space Telescope’s manager, explained that it would take months until the machine finishes its mirrors’ preparations.

In other news, Astrail’s NASA launch flew out of control. Meanwhile, SpaceX Starlink sats is discovered to leave no trace of debris once they fall back to Earth.

For more news updates about NASA JWST and its upcoming activities, always keep your tabs open here at TechTimes.