NASA, Canoo to Transport Astronaut on the Moon for Artemis— EV to Replace the 80’s ‘Astrovan’

In the coming years, NASA is bringing a new transport van for the Artemis I Moon mission, and it partnered with Canoo to get the new vehicle for its astronauts to maneuver. The new transport van will be using an electric motor, essentially making it a clean energy vehicle different from the 1983 Astrovan that first transported astronauts on the lunar surface.

NASA, Canoo to Bring EV for Astronauts in Artemis Mission 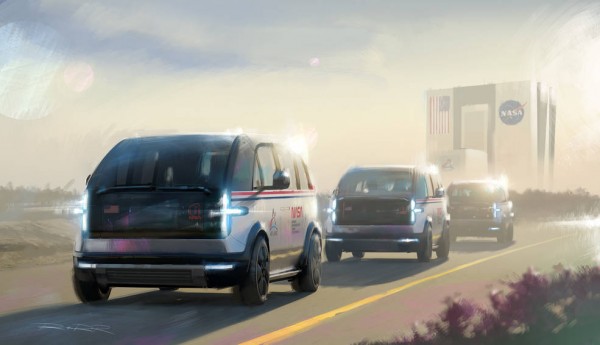 NASA announced that it has already chosen an electric vehicle maker for its next mission that will soon happen, giving astronauts a car to use for all transportation needs. NASA chose Canoo to partner with the company in creating a Lunar vehicle, and the electric vehicle will join the launch once the mission is a go in the coming years.

The Artemis I mission will have astronauts roaming around the surface of the space rock, and they will aim to obtain samples from different places or regions of the lunar satellite. Before, there was such a thing as a moon buggy until the introduction of the Airstream Astrovan in 1983, which provided a different kind of transport on the lunar surface.

NASA and Canoo Are Making an EV for the Moon

Canoo said that it will deliver the electric LV models that it will customize for the Moon mission by June 2023, and the cars would serve as the prototypes for the upcoming Artemis ventures. The vans should serve the purpose of transportation and cargo on the Moon while only using their electric motors to transport the astronauts from one place to another.

NASA and its Artemis I Preparation

NASA is gearing up the space agency and its many partner companies and their team and resources for the Artemis I mission despite it being at the end of this decade to come. The space agency looked for a second company to focus on making a new Moon lander apart from SpaceX, expanding its options and having several landers on hand.

That does not shy away from NASA is already conducting its mounting and erection of the Space Launch System, the gigantic rocket in existence now. The company’s wet dress rehearsal is a massive venture now as it will determine the initial steps for the spacecraft, its fueling sequence, and inspection of the rocket.

NASA’s focus on Artemis I is massive as it will be the next mission after several decades of studying the samples and information regarding the Moon in time for its subsequent return. Canoo will fulfill the electric vehicle that gives astronauts the on-site transportation needs while on the lunar surface, giving them the ability to go from one place to another.

Related Article: NASA Astronaut Selection At A Glance: Here’s What You Need To Do To Be One