NASA’s Axiom-1 mission is finally returning to Earth after the recent announcement of SpaceX and the national space agency that the spacecraft undocked from the International Space Station. The mission saw an extension to its supposed five-day mission in the space station, with its astronauts prolonging their stay on the ISS.

NASA Axiom-1 Mission: Undocks from the ISS with SpaceX Dragon 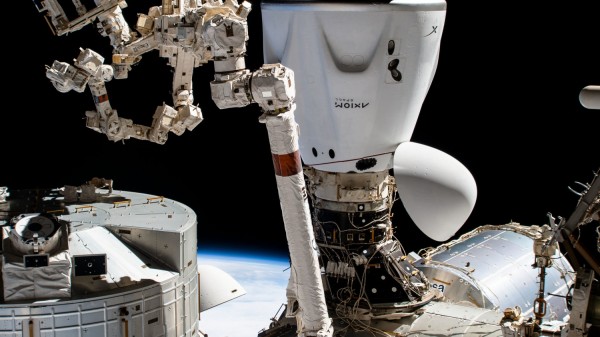 (Photo : NASA via Twitter)
NASA Axiom-1 is returning to the planet after a long and extended stay in the International Space Station. The mission is returning with its astronauts after 17 days in space.

NASA and SpaceX provided updates for the Axiom-1 mission’s undocking from the ISS, and the return trip still boards the Dragon spacecraft set for a splash on Monday. The extended mission of Axiom astronauts brings more opportunities for them to do their supposed work on the space station, but it is not meant to last forever.

According to NASA, the departure successfully undocked from the ISS last 9:10 PM Eastern Time (6:10 PM PST), beginning its descent back to the home planet. Alongside this return, Ax-1 will return hundreds of science and space supplies from the ISS to the Earth, bringing it for NASA’s use and study for when it lands.

Read Also: NASA KNaCK: Lunar Backpack to Provide Navigation on the Moon, Astronauts to Bring it on Missions

Extended Mission for Axiom-1 and NASA

NASA’s blog said that the extended mission for the Axiom-1 faced a delay that made them stay longer in the space station. Supposedly, this mission should conclude last April 19, but the extra five-day stay took place due to its reasons.

The Axiom-1 has a total of 17 days on the space station, more than its supposed five-day stay, now Earth-bound.

There are many missions on NASA’s manifest that will launch from commercial or private space companies, and it is in partnership with the space agency. The Commercial Crew partnership involves many companies in the present, with SpaceX and Boeing at the forefront of this program with NASA for its flights to the ISS.

So far, SpaceX is the only company that fulfilled its part in the missions.

However, there are also companies like Axiom that partnered with NASA for a mission toward the International Space Station, and it aims to bring civilians to the orbiting station. Now, the recent venture of the company completed its first part by arriving and docking at the station, with its return already taking place after a long delay.

Axiom-1 is returning to NASA, and it is aboard the ever trustworthy Dragon spacecraft from SpaceX, with the goals of the company already met in its extended stay in the space station. NASA and Axiom’s mission is the first of many, and it also opens up many doors for other companies that aim to have stakes in the space industry.