NASA Astronaut Hopefuls, Here’s What You Have To Do (Or Be) To Get In 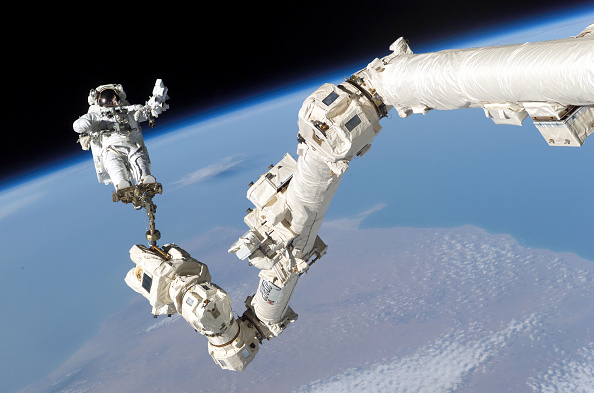 (Photo : NASA via Getty Images)
In this NASA handout, mission specialist, Astronaut Stephen K. Robinson, is anchored to a foot restraint on the International Space Station’s Canadarm2 robotic arm, during his space walk to repair the underside of the space shutttle Discovery August 3, 2005. Space shuttle Discovery is scheduled to return to Earth August 8.

Now that’s a job that so many young kids tend to want early on in life, mainly because of the inherent prestige that comes with it. You get to go on a spaceship, go to space, conduct life and world-changing experiments in zero-gravity-those are the things that just put normal folks in awe.

But to become part of this elite group, you also have to be aware of the elite requirements to become one. The selection process alone is one of the most, if not the most, competitive in the entire world. According to Discover Magazine, NASA’s 2017 astronaut search had them pick just 12 people from a total of 18,300 applicants. This resulted in a microscopic success rate of 0.07%.

By doing the math, this number reveals that every single person who applied for the 2017 NASA astronaut program had a 0.0007% chance of becoming an astronaut by the end (thanks, CalculatorSoup).

However, the agency says that things aren’t quite what they seem. When it used to be that folks would assume NASA only picks what amounts to people with superhuman intelligence or skills, astronaut Mike Barratt says that the main goal with the selection is to just pick well-rounded, well-behaved professionals who showcase adaptability and resilience. That’s it.

This topic is becoming even more important now, as NASA has revealed that there’s an “astronaut shortage” ahead of the Artemis mission’s first crewed moon launch. So, do you think you have what it takes? Read on.

Out of a sea of applications, the screening group of NASA does have a few non-negotiable requirements. Speaking to National Geographic, astronaut selection manager Anne Roemer said that they’re looking for folks with specific qualities.

First off is the simplest: a master’s degree. Back in the 2019 application period, people who applied to become NASA astronauts were preferred to have at least a Master’s degree. But by the following year, the agency has now made Master’s degrees a requirement, considering how they never really hired a Bachelor’s degree holder in past astronaut classes. 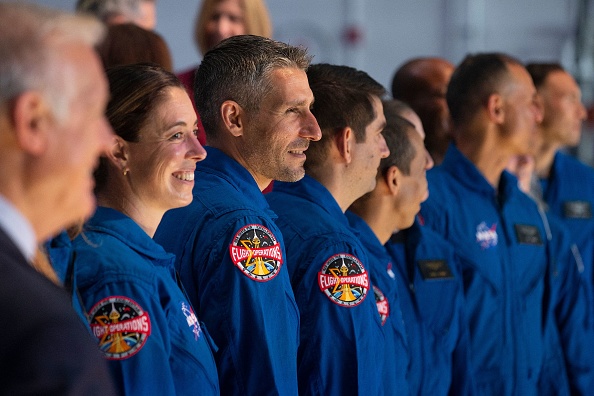 (Photo : THOMAS SHEA/AFP via Getty Images)
(L-R) Christina Birch, Luke Delaney and astronauts candidates pose with family and friends at the NASA’s 2021 Astronaut Candidate announcement event on December 6, 2021 at Ellington Field in Houston, Texas. – NASA announced its 10 latest trainee astronauts, who include a firefighter turned Harvard professor, a former member of the national cycle team, and a pilot who led the first-ever all-woman F-22 formation in combat. The 2021 class was whittled down from a field of more than 12,000 applicants and will now report for duty in January at the Johnson Space Center in Texas, where they will undergo two years of training.

Aside from an advanced degree, the agency also requires people who exhibit immense grace under pressure. As you should know, being an astronaut requires you to work in a super stressful environment-far harder on your psyche than just handling office co-worker drama. You’re in outer space (or even a new planet like Mars) for pete’s sake, so you need to be mentally tough.

By “mentally tough,” NASA astronauts need to have hands-on, actual experience with multiple situations where they had to make quick decisions under immense stress. As such, anybody who works in jobs that involve search and rescue (i.e. firefighters) or others such as wilderness explorers almost always have a leg up on their peers.

Lastly, the agency also looks for people with excellent interpersonal skills. Being an astronaut will always, always require you to work with a team. You’ll also be tasked with leading a team, and you’ll all do this under stress. Roemer sums it all up with these questions: “Could I be locked up in a tin can in outer space for months, even years on end with this person, and trust my entire life in their hands?” 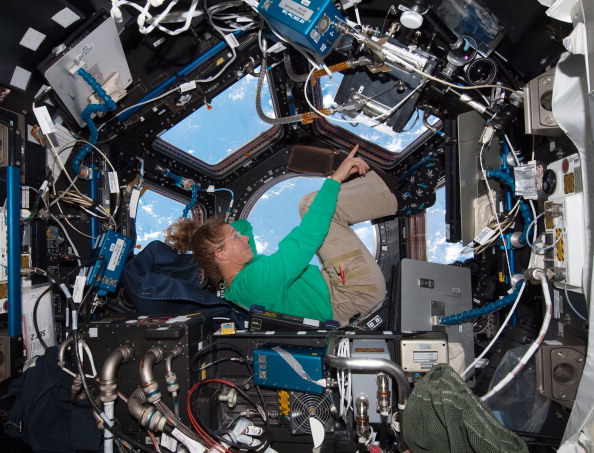 (Photo : NASA via Getty Images)
In this handout image provided by the National Aeronautics and Space Administration (NASA), NASA astronaut Sandy Magnus mission specialist for space shuttle Atlantis STS-135, takes in the view while sitting in the Cupola addition of the International Space Station July 16, 2011 in space.

Assuming you have all the qualities described above, you can now look forward to astronaut training if you get selected. All candidates get trained at the Johnson Space Center in Houston, according to Britannica.

There, they receive instruction in spacecraft and space station systems, navigation, astrophysics, and everything else related to science and technology. Former astronaut David M. Brown sums it up by saying, “The great thing about being an astronaut is you kind of get to do a little bit of everything.” So with astronaut training, expect yourself to come out a true Jack of all Trades when it comes to STEM.

Aside from that, astronauts get trained to move in Zero-G by donning spacesuits and taking a dip in a pool, as well as high G forces. The latter is done by strapping candidates inside a centrifuge machine, with NASA’s contraption located at the Ames Research Center in Mountain View, California.

A centrifuge machine simulates the high G forces (high levels of acceleration) that astronauts will experience as they ride rockets into space. The machine does this by spinning very, very, very fast (around 50 miles an hour, writes NBC News).

An astronaut candidate’s tolerance to these G forces is tested to ensure that they don’t pass out as they’re being launched into orbit. As you can see, passing out in space is not really a good thing: you’re thousands of miles above the nearest healthcare facility, after all.

Here’s what it looks like inside a centrifuge machine as it spins. Notice the faces of the trainees:

Of course, the centrifuge machine is just one of many more training gadgets that NASA astronauts use to prepare themselves for space. But this is just a taste of what you’ll have to go through as a candidate for two full years.

Do You Have What It Takes?

NASA, alongside other space exploration organizations, will be at the forefront of several of history’s biggest missions since the Apollo program. Within the next few years, we’ll see humans land on the moon again. And within the next few decades, we might see a man (or woman) set foot on Mars. If you want to be part of history, this is what you’ll need to be.

Related Article: Astronauts’ Space Flights Likely to Cause ‘Space Anemia’ Once They Get Back to Earth