NASA’s Artemis mission in the coming years is now opening up a new opportunity for space companies to make their bids and proposals for the Moon lander needed by the national space agency. The new venture does not mean that SpaceX is out of the competition, but they will have another company making the lander for the future mission. 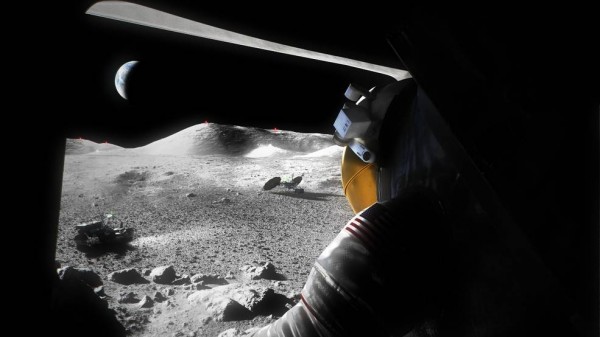 (Photo : NASA)
An illustration of a suited Artemis astronaut looking out of a Moon lander hatch across the lunar surface, the Lunar Terrain Vehicle and other surface elements.

NASA announced a new update on its Artemis moon mission, and it is with the search for other companies to provide a lander for their ventures in the coming years. The space company is opening up another round of pitches and proposals for the likes of Boeing and Blue Origin that have plans for this venture of providing NASA what it needs.

Almost a year ago, NASA named SpaceX as its moon lander partner for the upcoming Artemis I, and the company will continue to be the primary provider for this spacecraft. However, there are certain developments to the mission, and the agency is now keeping its options open for the many things that concern the mission.

Blue Origin expressed its intent to create the moon lander for NASA, and the company said that it is ready to present its plans to the space agency (via Tech Crunch). The new venture only means that SpaceX will not provide the extra lander that the company needs, or it may be a one-and-done setup for the space company.

NASA is gearing up for the Artemis I mission that will venture to the Moon, and despite the mission not yet happening until 2030, the company already brought the SLS rocket to its launch pad 39B in Florida. The task focuses on the autonomous flight that would not have any astronauts to go to the Moon at first, something it aims to do in the near future.

There are many preparations for the Artemis mission now, and it is a crucial thing to do for NASA as it will be the humans’ return to the natural satellite after decades. The company is also conducting tests and research on the Moon rock samples present in the Apollo 17 and its many retrieved samples during the early trips to the satellite.

The NASA Artemis Mission is keeping its options open for the public, focusing on the many opportunities that other space companies may offer. SpaceX is a done deal for NASA, but the Moon lender may require one or more spacecraft that will soon accompany astronauts on their mission to the satellite, especially as it will risk the lives of the representatives.