As part of its Mars exploration, the National Aeronautics and Space Administration (NASA) expressed its desire to create a futuristic invention that can allow people to breathe air on the red planet. This venture is in line with the agency’s Innovative Advanced Concepts program.

According to the latest report, the space organization has given a go signal for the early-stage funding of this technology. This would also cover the ideal designs of spacesuits that will be suited for outer space living. 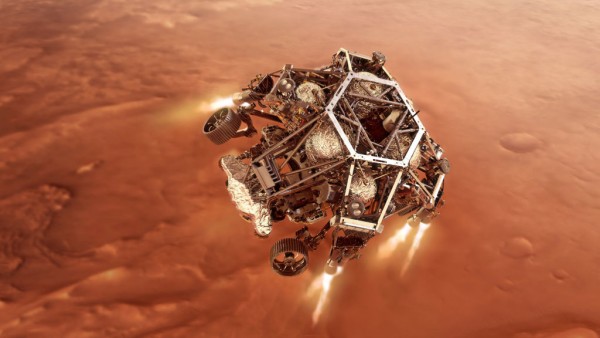 (Photo : NASA via Getty Images)
NASA is planning to create a sci-fi technology that can allow humans to breathe Martian air.

The international space agency is planning to develop a special type of technology that can transform the air from Mars into a breathable one. This announcement sounds to be taken from a sci-fi book, but it’s actually coming to fruition.

As BGR reported, NASA wanted to create a portable oxygen generator that will rely on a process dubbed thermal sorption/desorption or TSSD. This would help produce the air that we breathe on Earth, but on a different planet.

As a matter of fact, the thin air in the region is not ideal for humans that’s why scientists arrived at the possibility of creating breathable air on the red planet. This would allow them to have more opportunities in exploring how it could be done in the future.

If this goes as planned, the futuristic tech would be able to assist astronauts in their movement in space. It would also pave the way for the experts to roam the planet for a longer time.

In addition, if NASA can pull this off without any problems, humans could one day migrate to Mars and live as if they are on Earth.

Speaking of oxygen, Tech Times previously wrote an article about the NASA MOXIE Automated system. Based on the experiment, this device is enough to give humans oxygen thanks to the extraction process on the red planet.

By then, its process will proceed to conduct electrolysis wherein a device works through an electrical current.

While it can provide breathable air for humans, it is only good for about 10 to 15 minutes in duration. With that being said, NASA needs to preserve not only oxygen but also a sufficient supply of rocket fuel on their exploration.

Aside from this oxygen generator, NASA has previously approved other inventions that appear to be impossible. As such, MIT astronomer Sara Seager laid down her proposal on how to study Venus from a deeper perspective.

According to her, gathering gas and cloud samples from Earth’s neighbor is possible. Later, they could be transported back to the planet for further experiments.

There’s also a concept that tackles a Venusian spacecraft that will aid researchers in studying the planet’s atmosphere.

For the latest report, the ExoMars Rover 2022 faced a round of postponement following the situation that is currently progressing between Ukraine and Russia. Following this decision, ESA slapped the latter with sanctions in connection to the international relations dispute.

Read Also: NASA’s Ingenuity Mars Helicopter Concludes 20 Flights in Red Planet, But Its Not Stopping There